in car entertainment, get the best out of your ICE system also wiring problems, lighting, switches - anything that's not ignition system or ECU related
Post Reply
16 posts

Also have you verified ground doesn't drop when you pull the key? And your other perm live feeds.

I'd be inclined to work out the wiring using wires jumped to the battery, connect up your 4 wires. Powers up, then cut 4 and see what happens when you reconnect, if that's no bueno try doing the same with 7.

Trouble is without having a proper verified pinout diagram it's difficult to say whether it's wired right.
0 x

Yeah, with that combination, the unit can switch on with key out and when you turn it of from the knob and switch it back on its in safe mode again.

Yeah had the meter out. Perm feed not affected by key out. Between key out and ground, it takes a few seconds to get to 0v but looks like it operates as it should.

Pin 7 - switched feed and pin 4 - perm seem right, doesn't work at all the other way. Goes into safe if you switch it off or take key out. What i have noticed is when pin 7 - switched feed and pin 4 perm is.. you can switch it on and off no bother with key in, you can take the key out for 5 seconds and put back in and it will go back on, any longer than that and it goes into safe of you try switching it back on. If you leave the machine on and take the key out and put it straight back in, it will go straight into safe mode.

Tried taking another one of the ground pins to ground but makes no difference.

Bit of a head scratcher
0 x

Where did you get the user manual?

Do you have a pdf save and i could print it out and go through it? Ive read something about putting the code and leaving it for 1 hour with the ignition on. Not sure if its for a gamma 3 but im going to give it a go.
0 x

The manual came with the set, but as you know the Gamma 3 (USA version excepted) was only intended for the German market and is in that language.

I've Google Translated small parts in the past but if you can get someone to read it instead, it'll likely answer a lot of questions for you that I can't.

This is the pin-out schematic stuck to the set itself, from what I can see it's a match of those you'll see on-line. 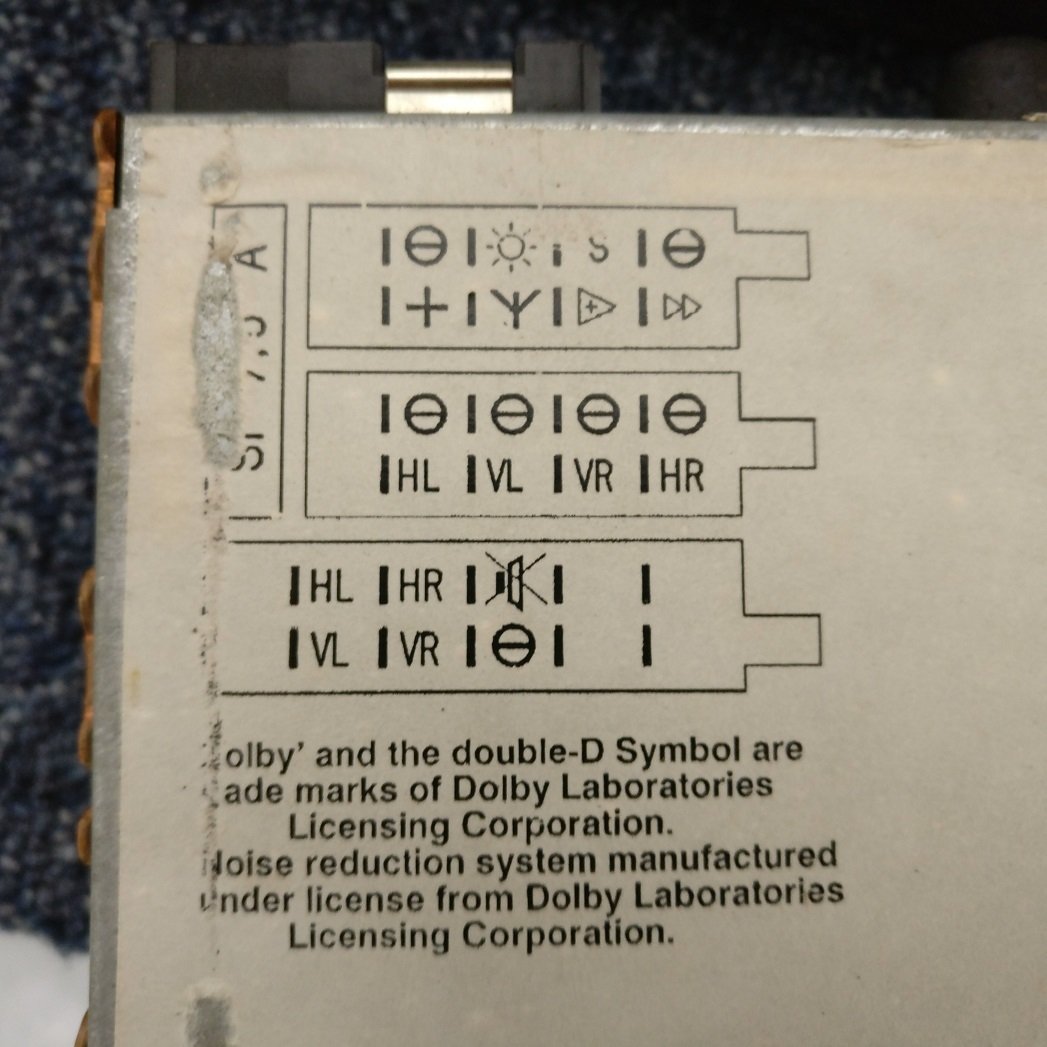 My car's been sitting quite a while without power, I hooked it up today for you and the following may be of use...

The set itself doesn't come to life, despite all the connections / power etc. being as they should.

This has happened before after it sitting idle for long periods.

As I said before my set has never had the code function initiated so this might cause differences from how yours responds to what I'm about to write next.

Both pins 4 + 7 on mine are permanent live all the time, it doesn't matter if the key is in the ignition or not. Nor does it matter what position the key's at, there's no difference if it's simply inserted or around at the acc. position.

If the key isn't in the ignition and the set is off it will start when the set is turned on.

If the set is on at the time when the ignition key is withdrawn it will switch off.

Providing you don't then turn the set off while the key is out of the ignition it will start again automatically when the key is once again inserted.

If the set was turned off by withdrawing the key (but left on) you can restart it by turning it off, then on again even though the key isn't in the ignition.

I didn't try waiting to see if it happened today but if I recall correctly the set will automatically turn itself off after a certain time, presumably to save the battery should you leave it on and the key is out of the ignition.

The reference you found to leaving it on for an hour might be a post I made on the MK1 OC?

That was in relation to someone who'd put the wrong code in. again from rrom recollection I think if that happens you've 2 x more attempts before the set locks you out, but you have to wait an hour before it'll allow you a second attempt, might be even longer if there's a third attempt.

Here's a copy of a manual -

It's different to mine, which I don't have a PDF of, but here's some photo's of it - 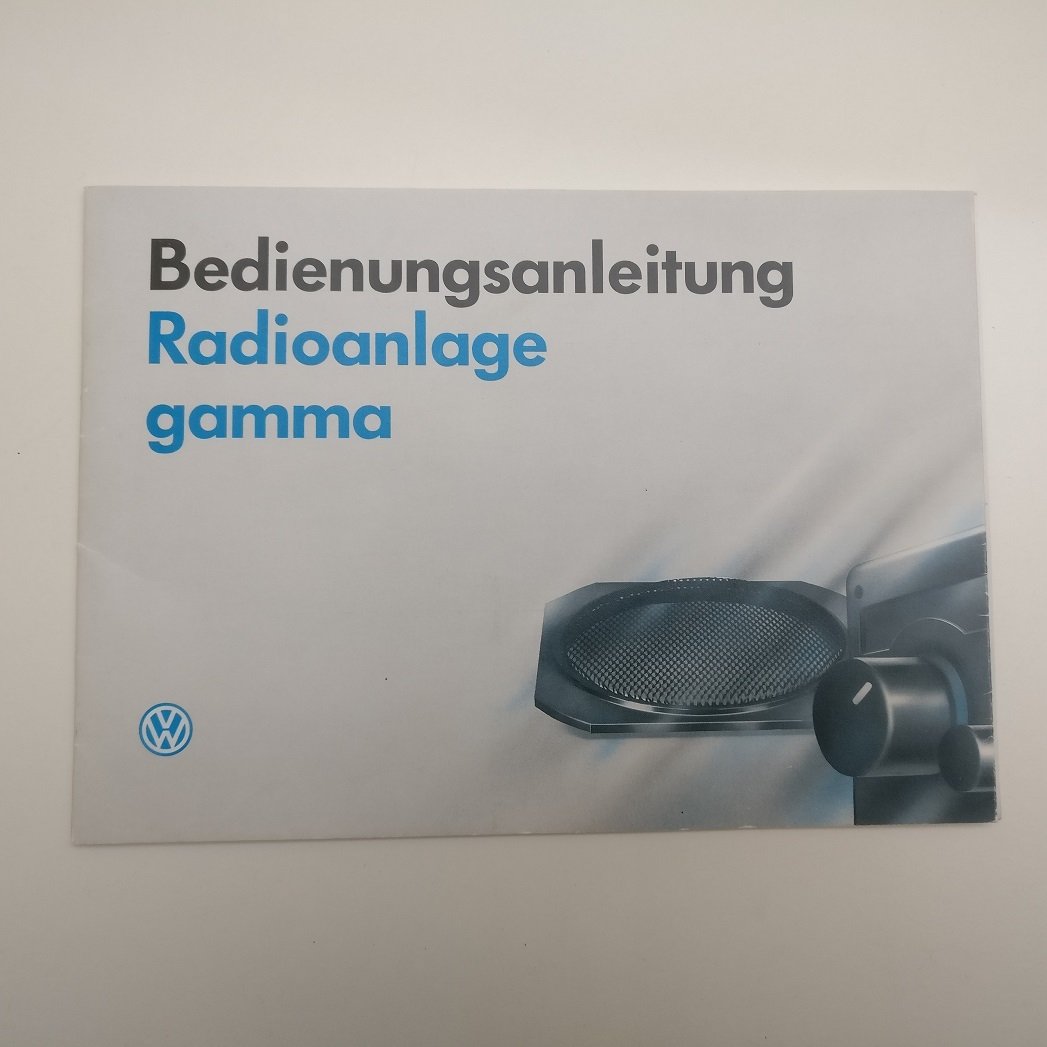 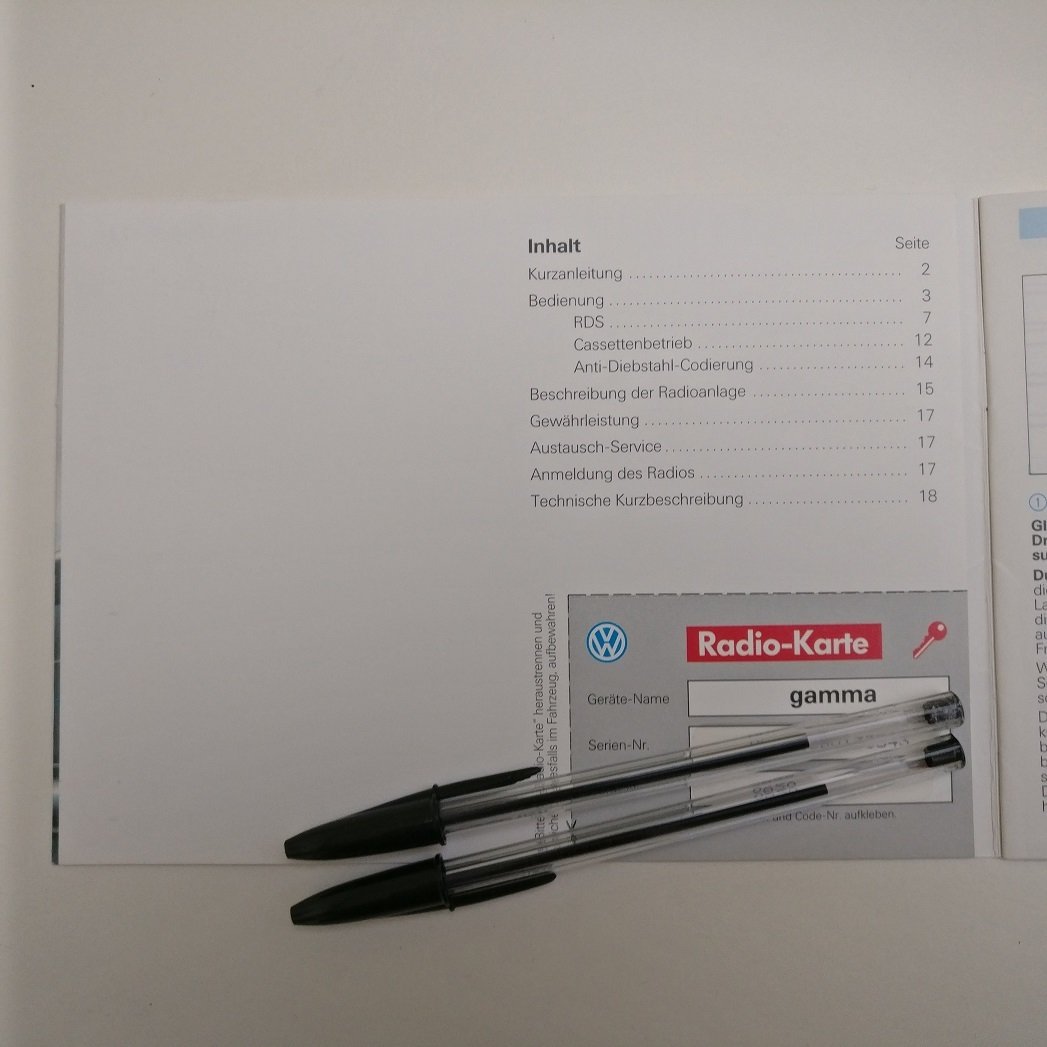 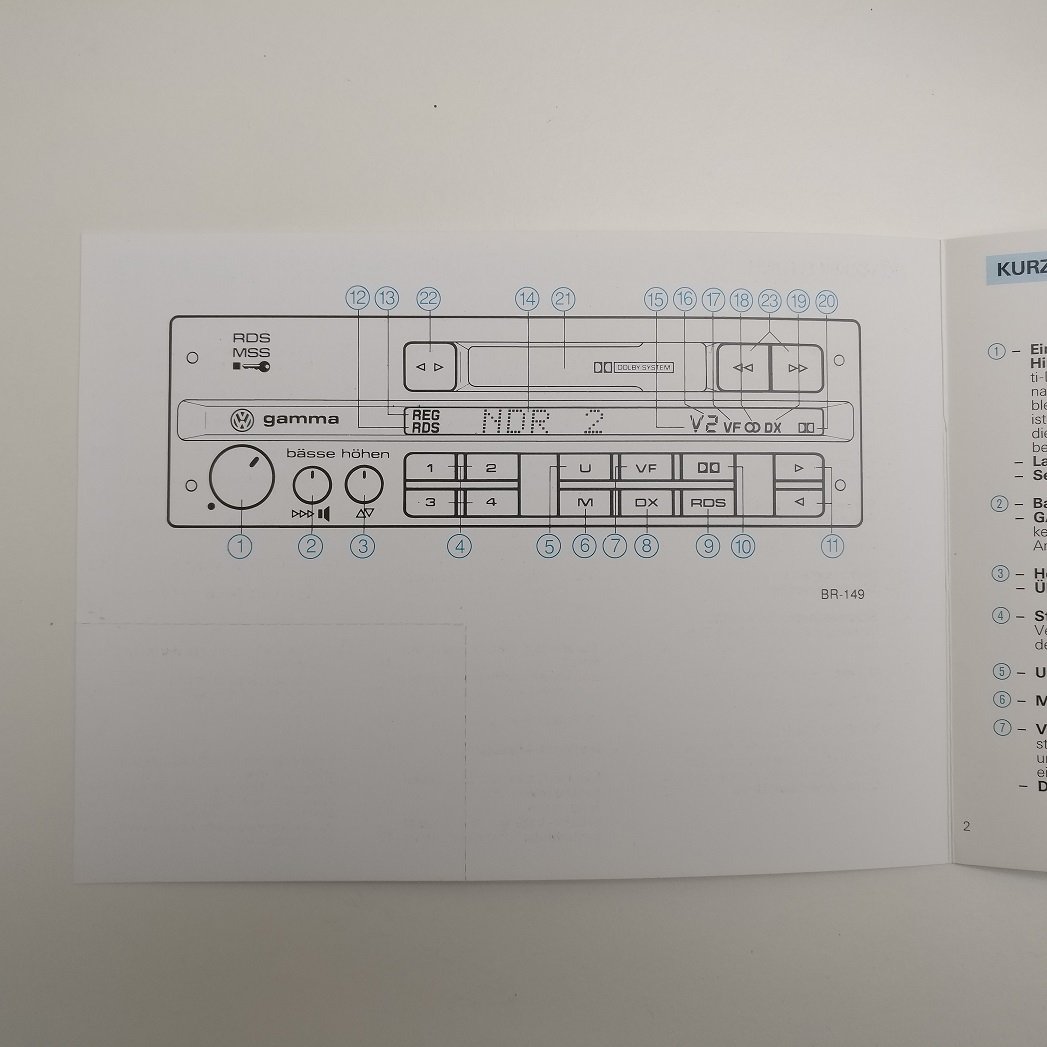 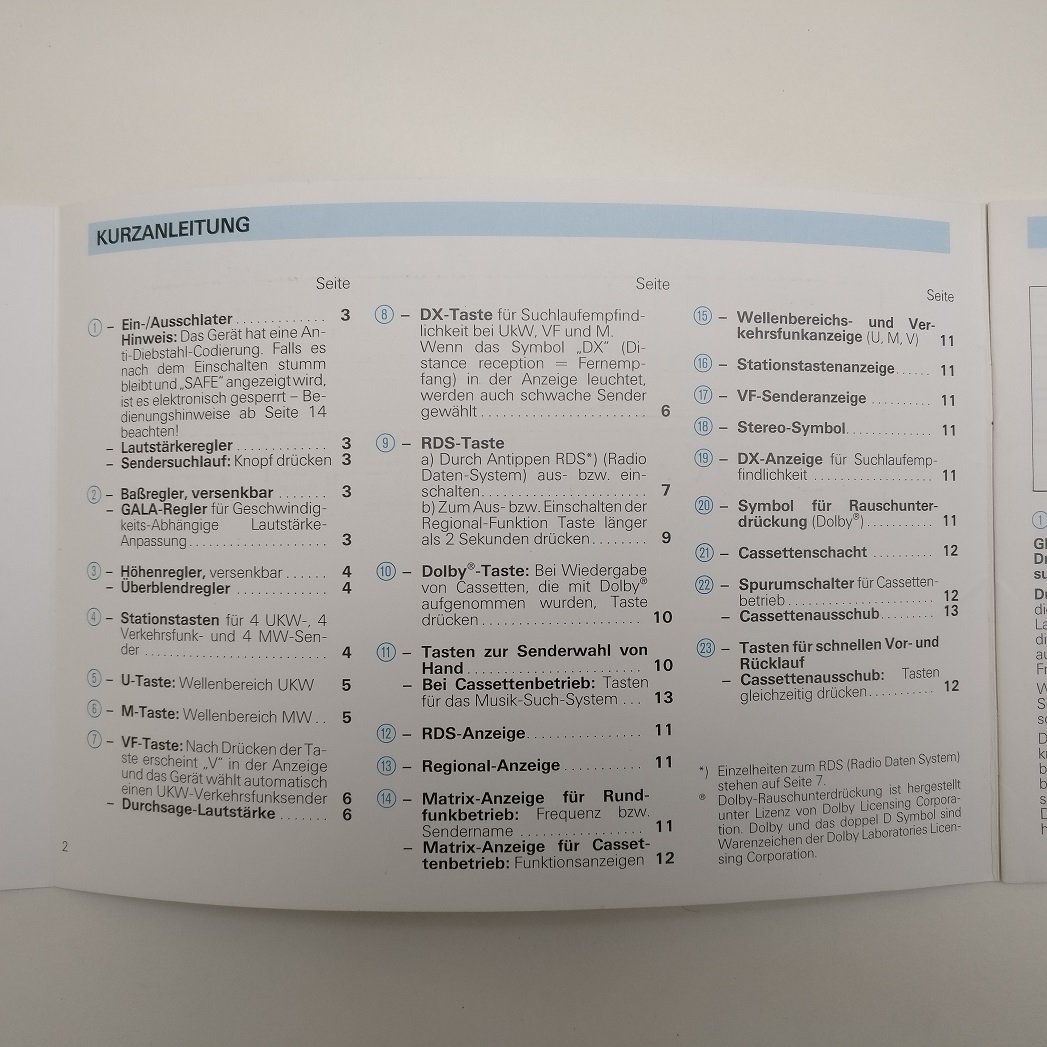 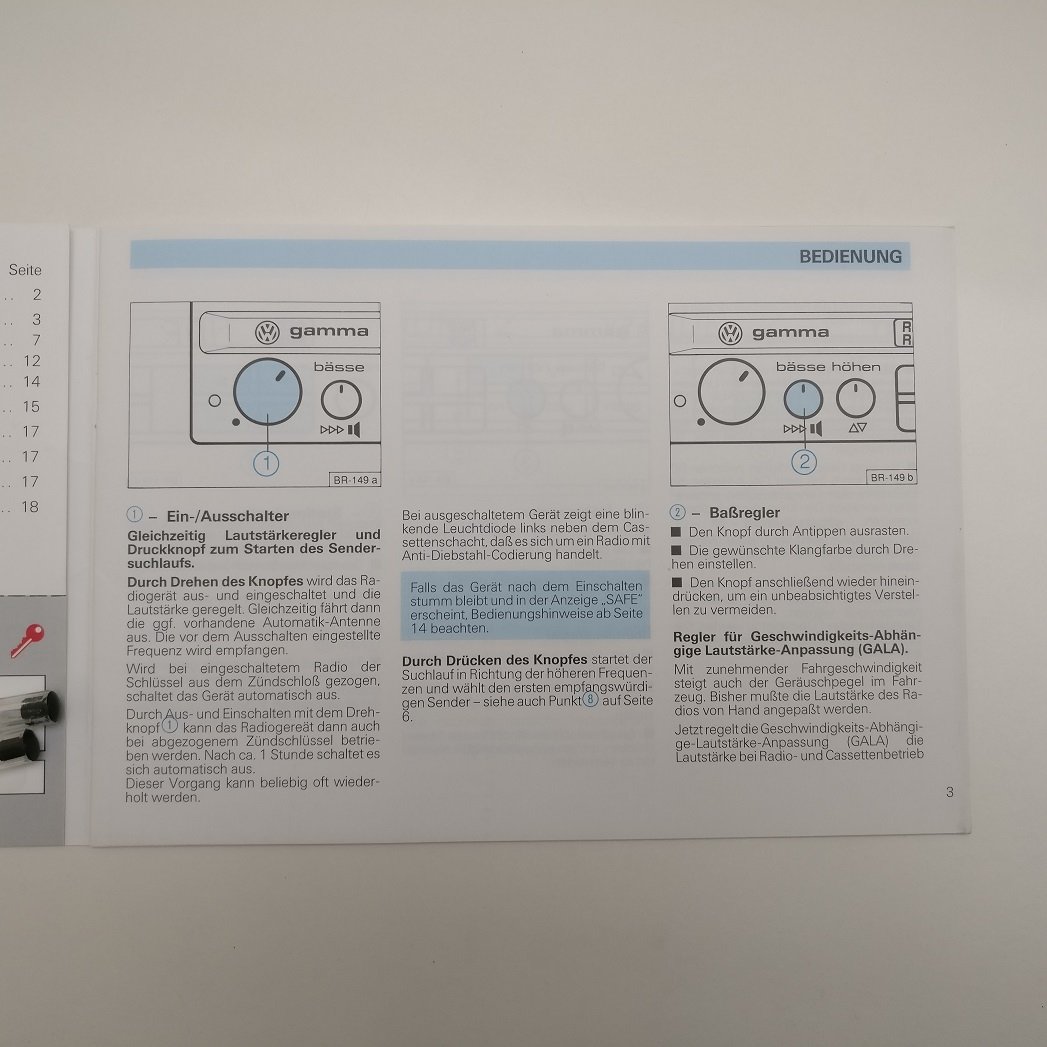 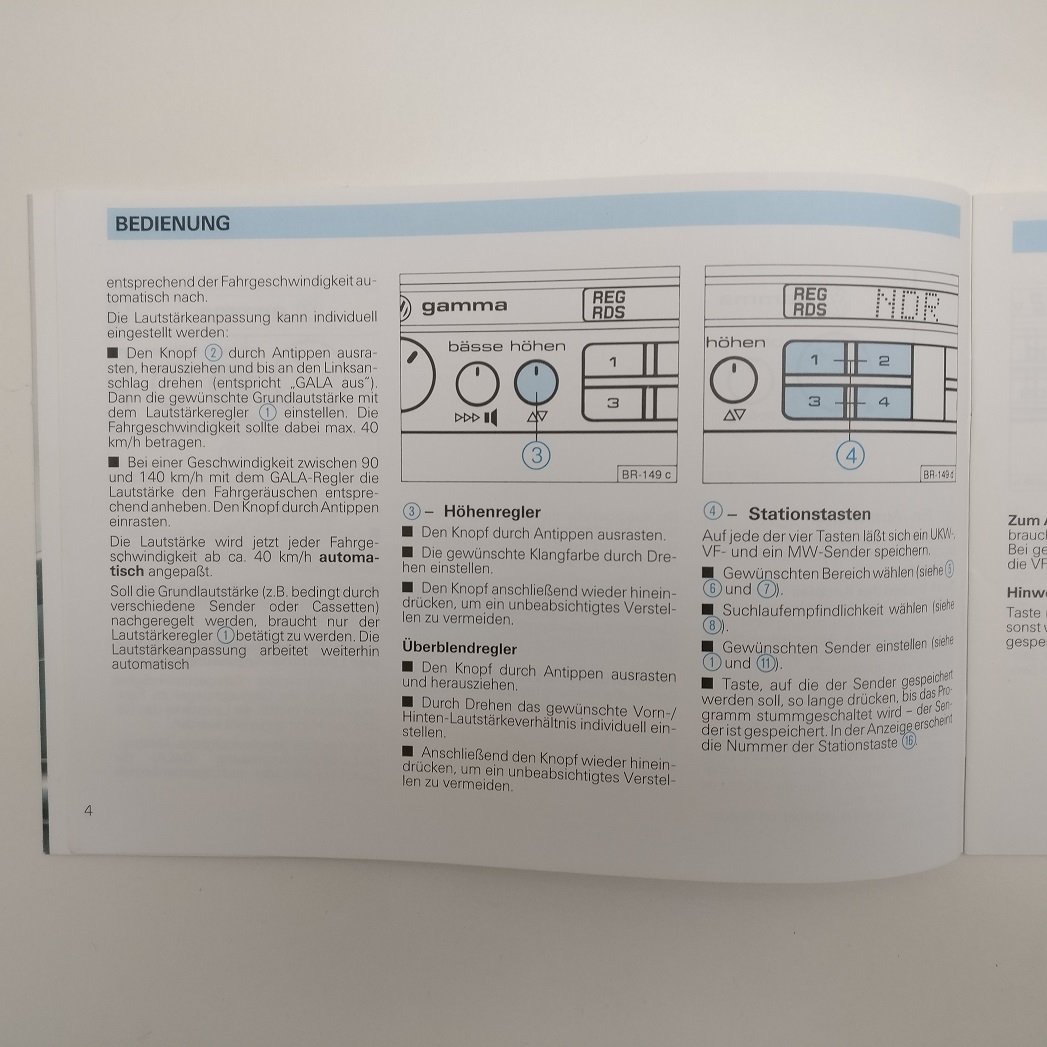 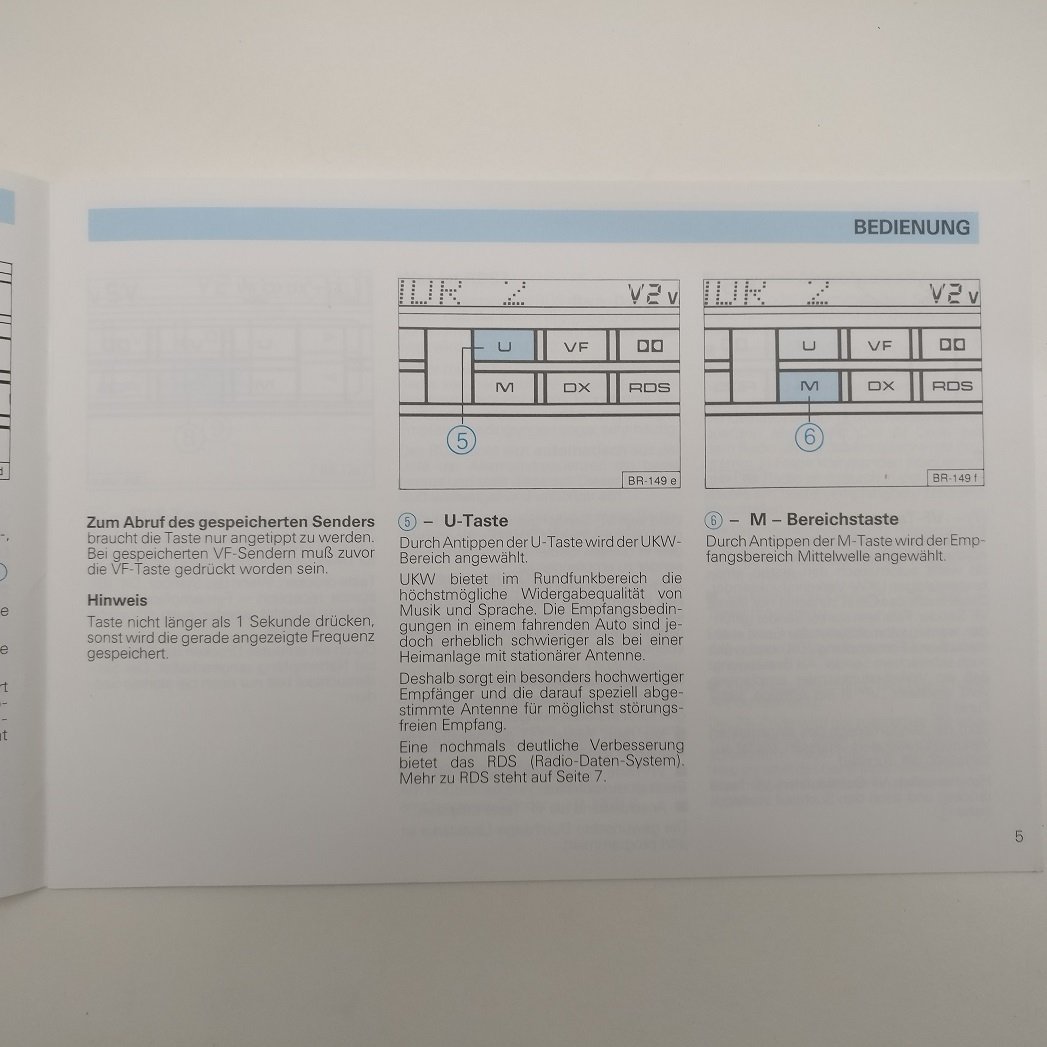 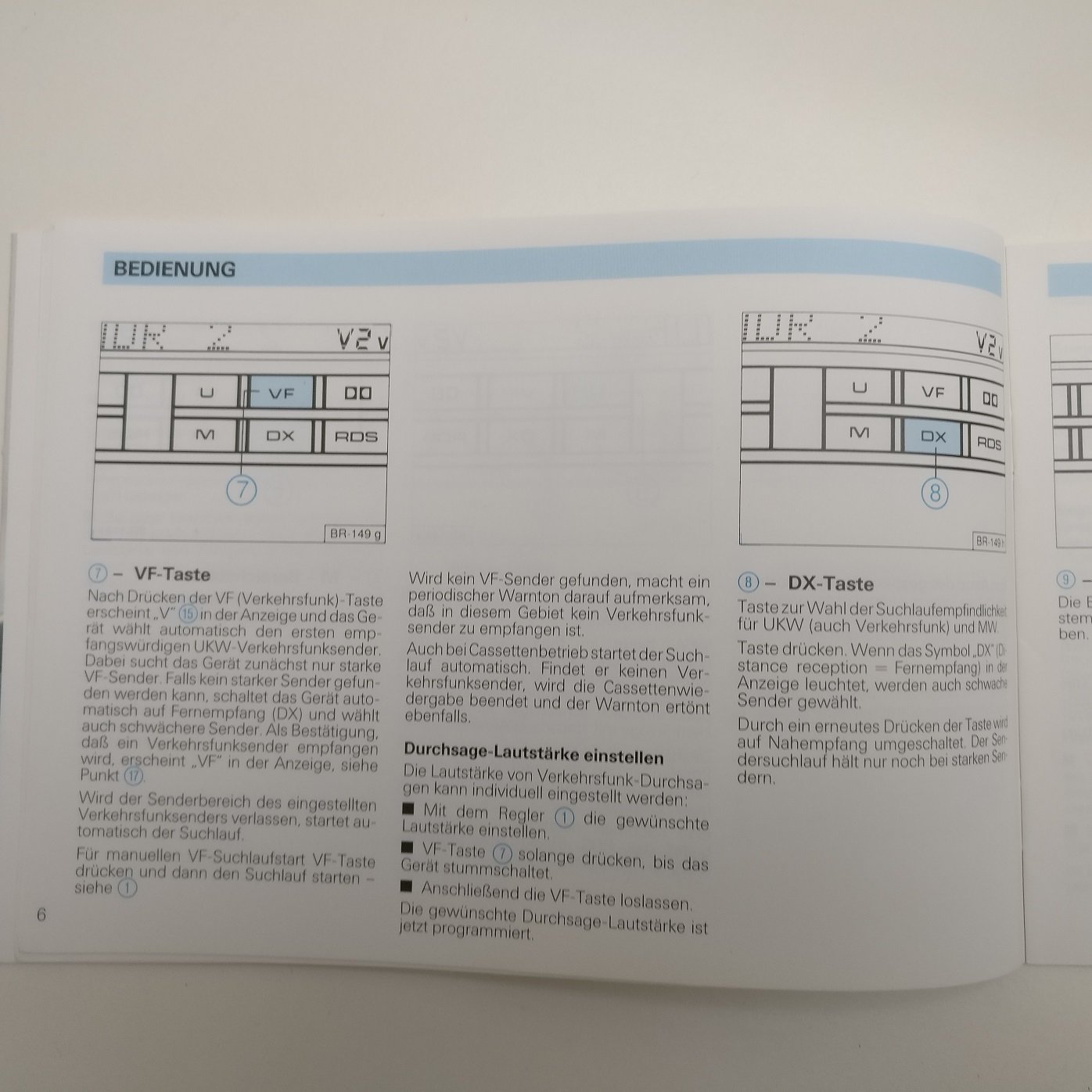 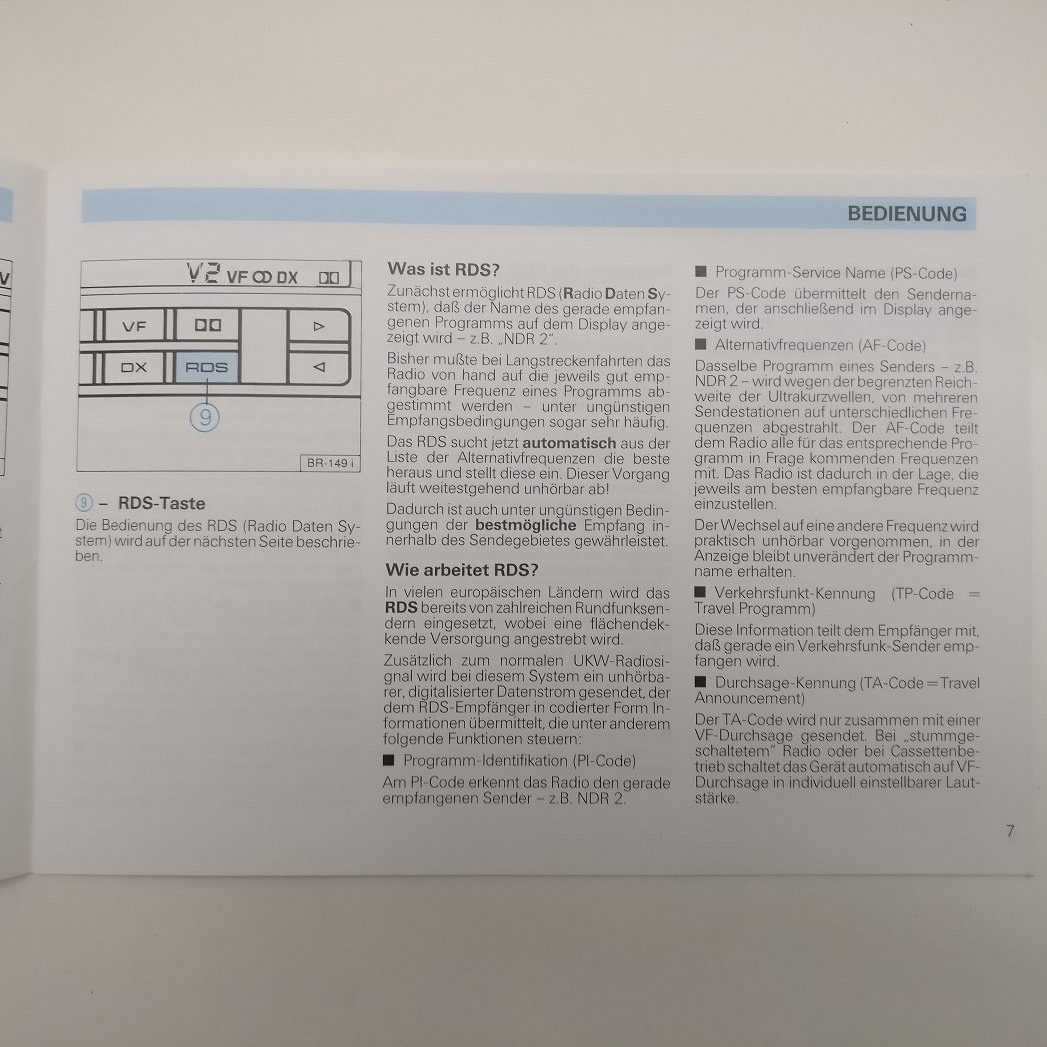 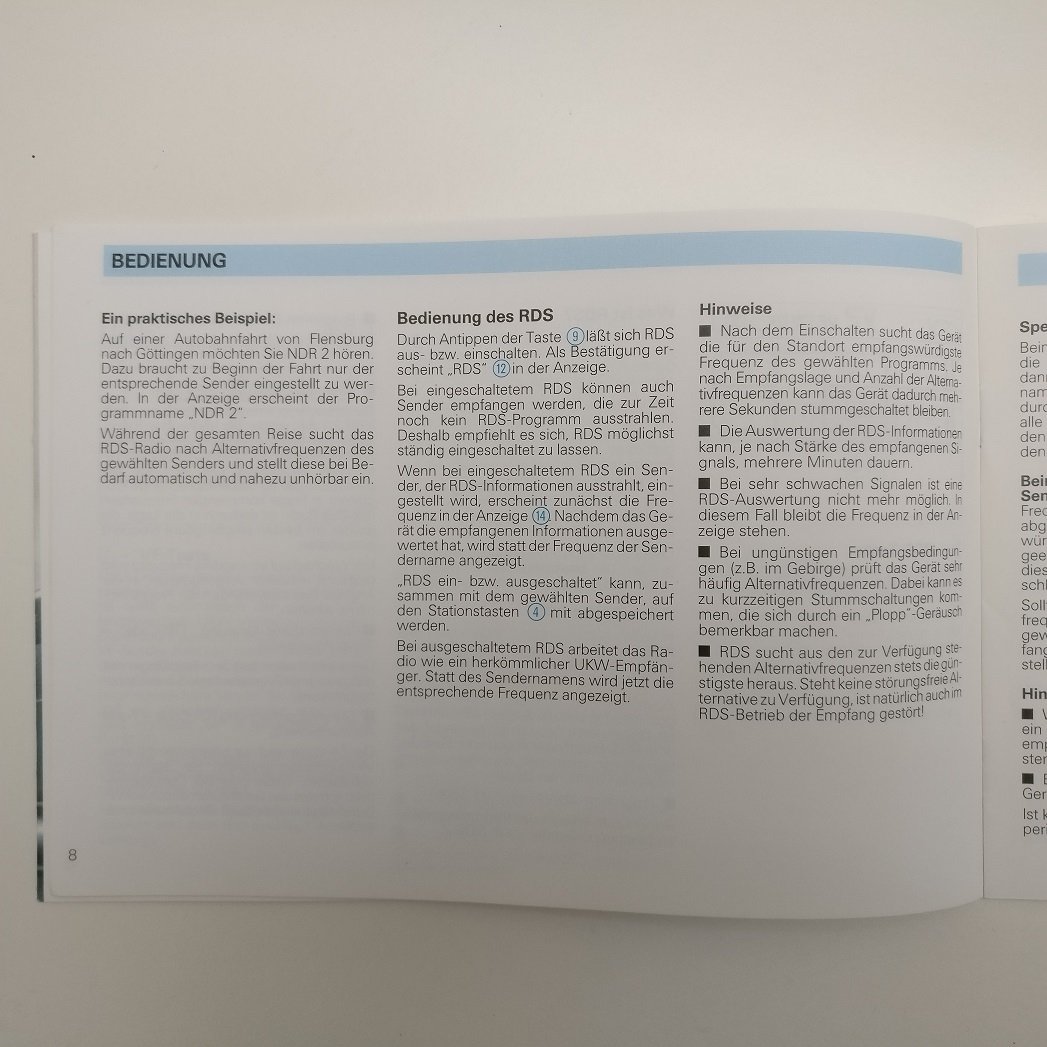 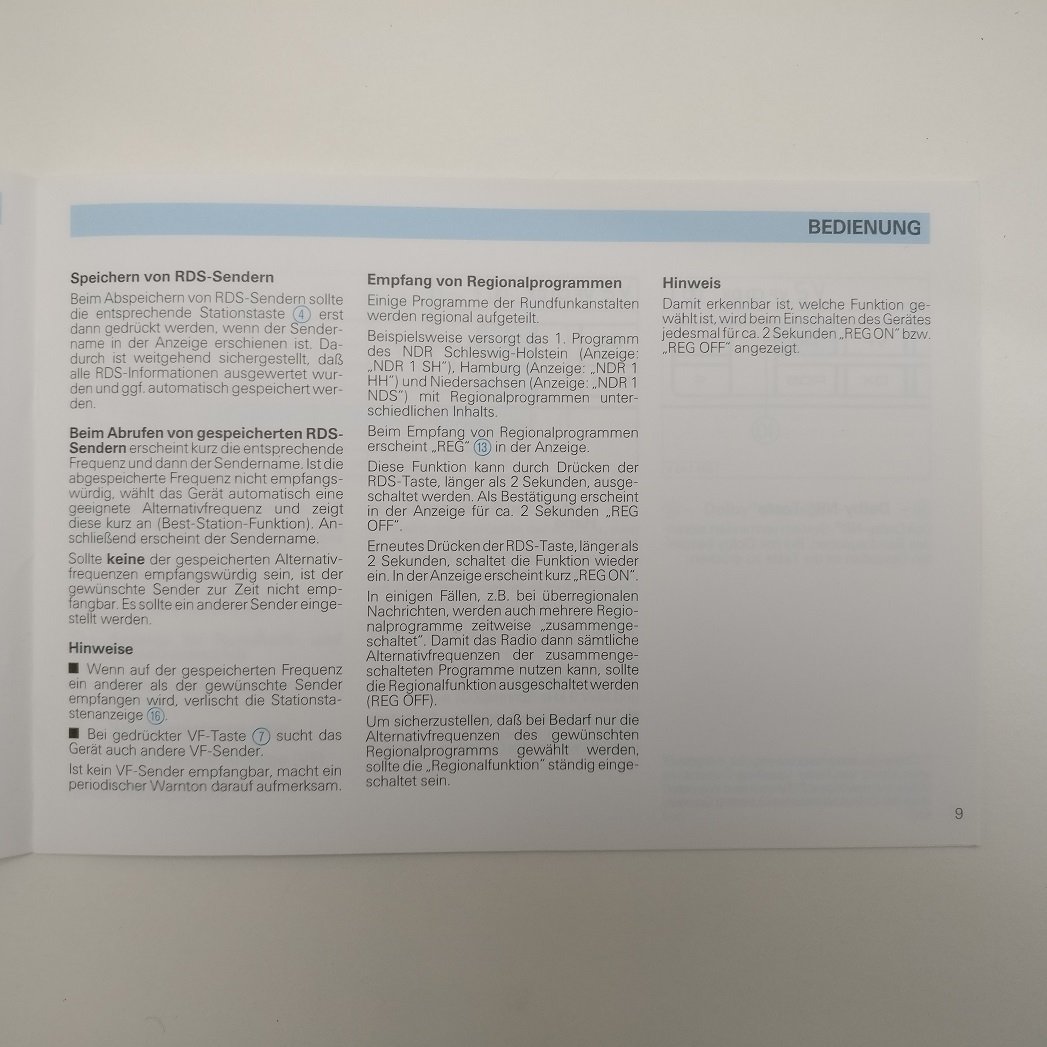 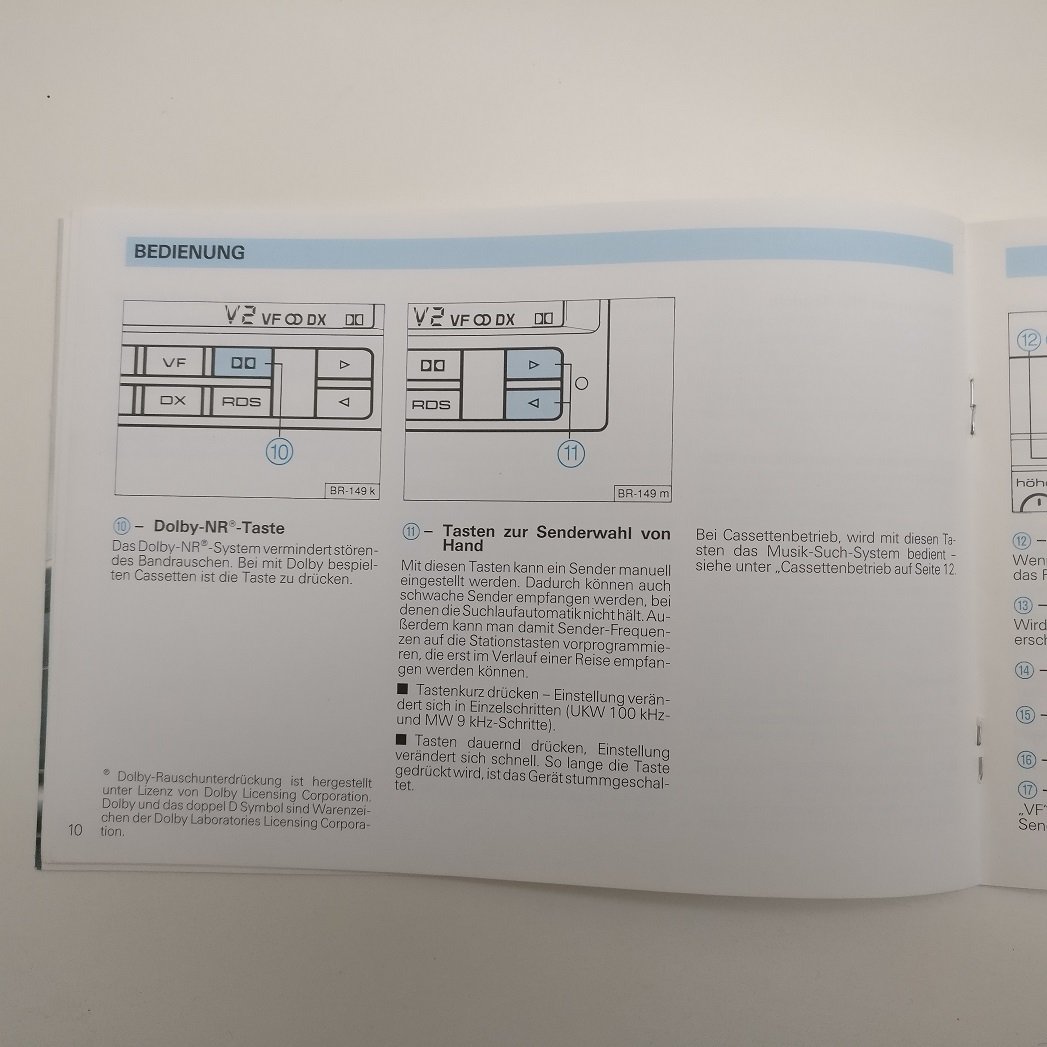 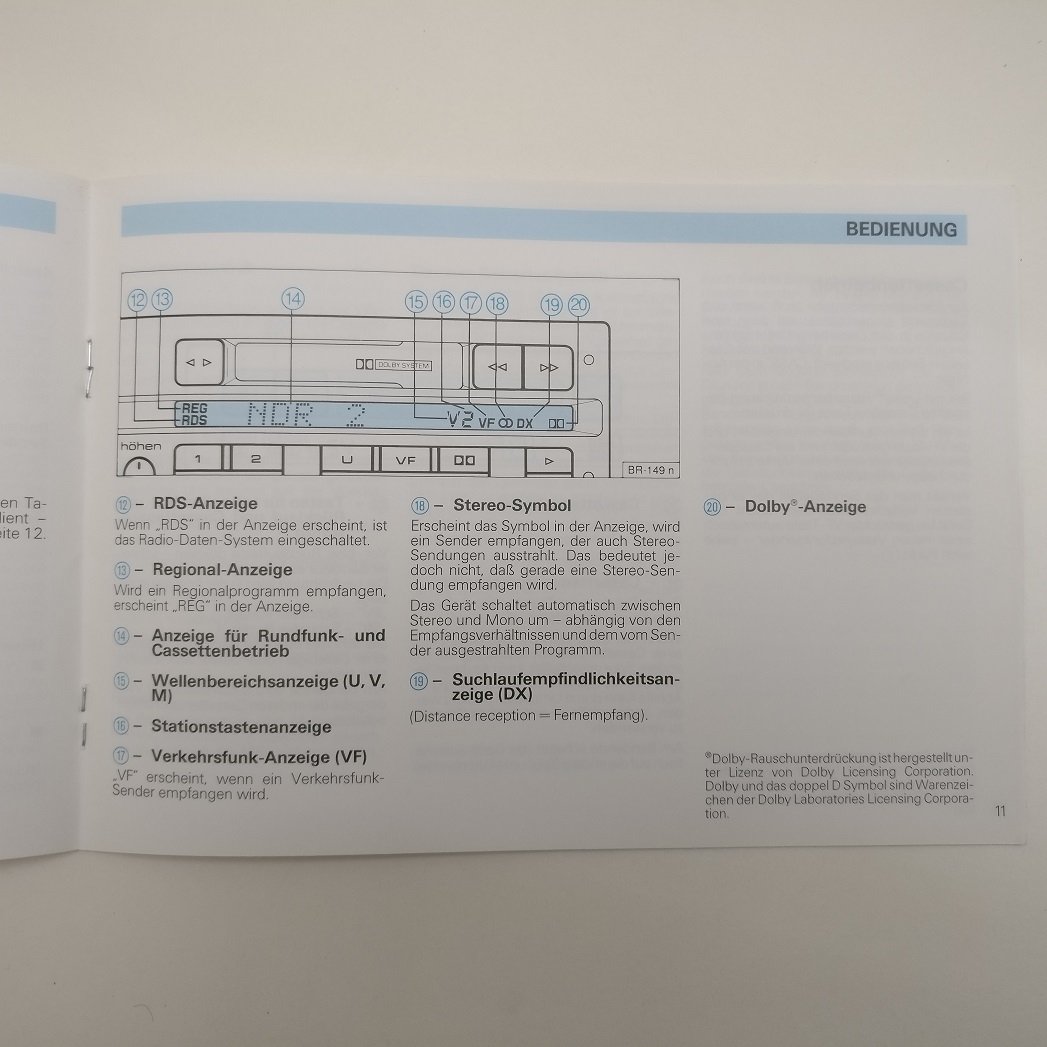 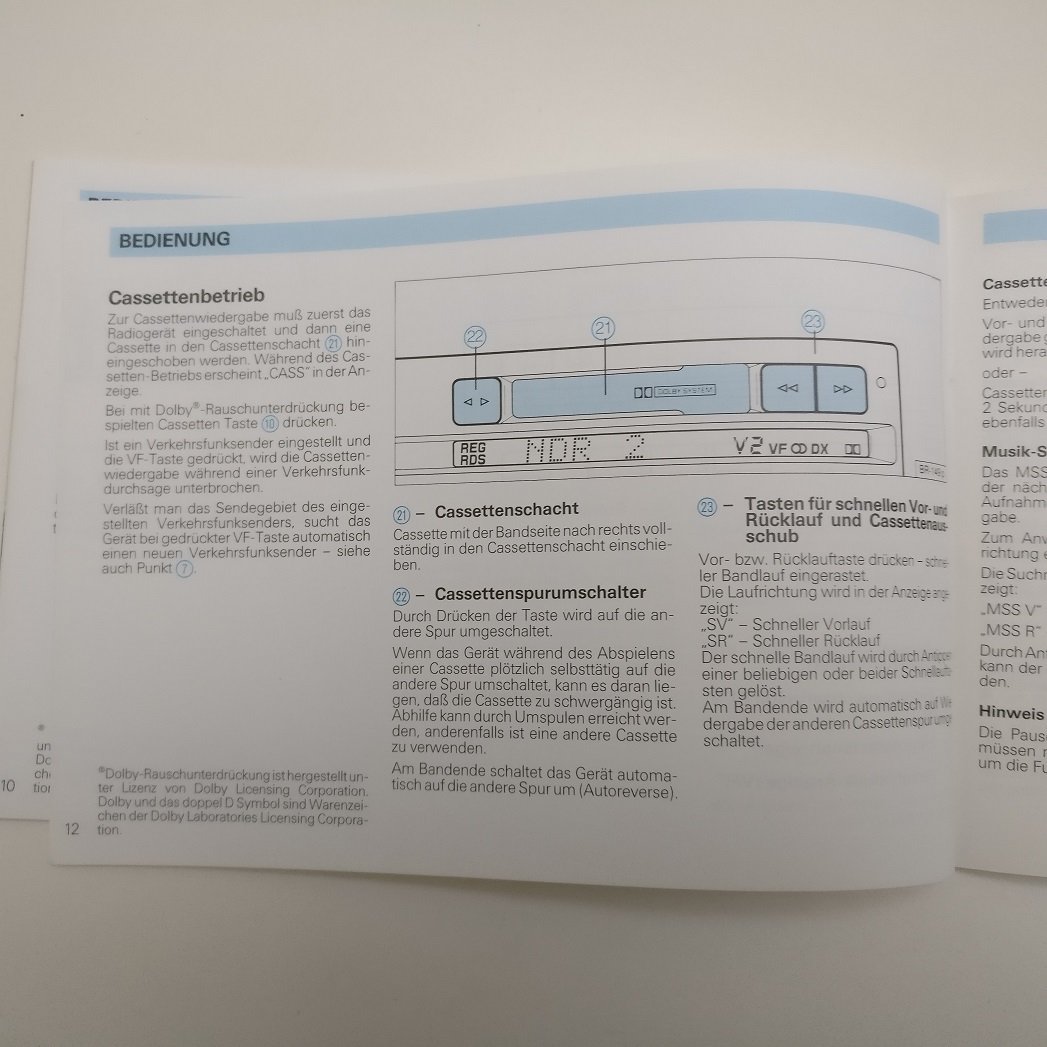 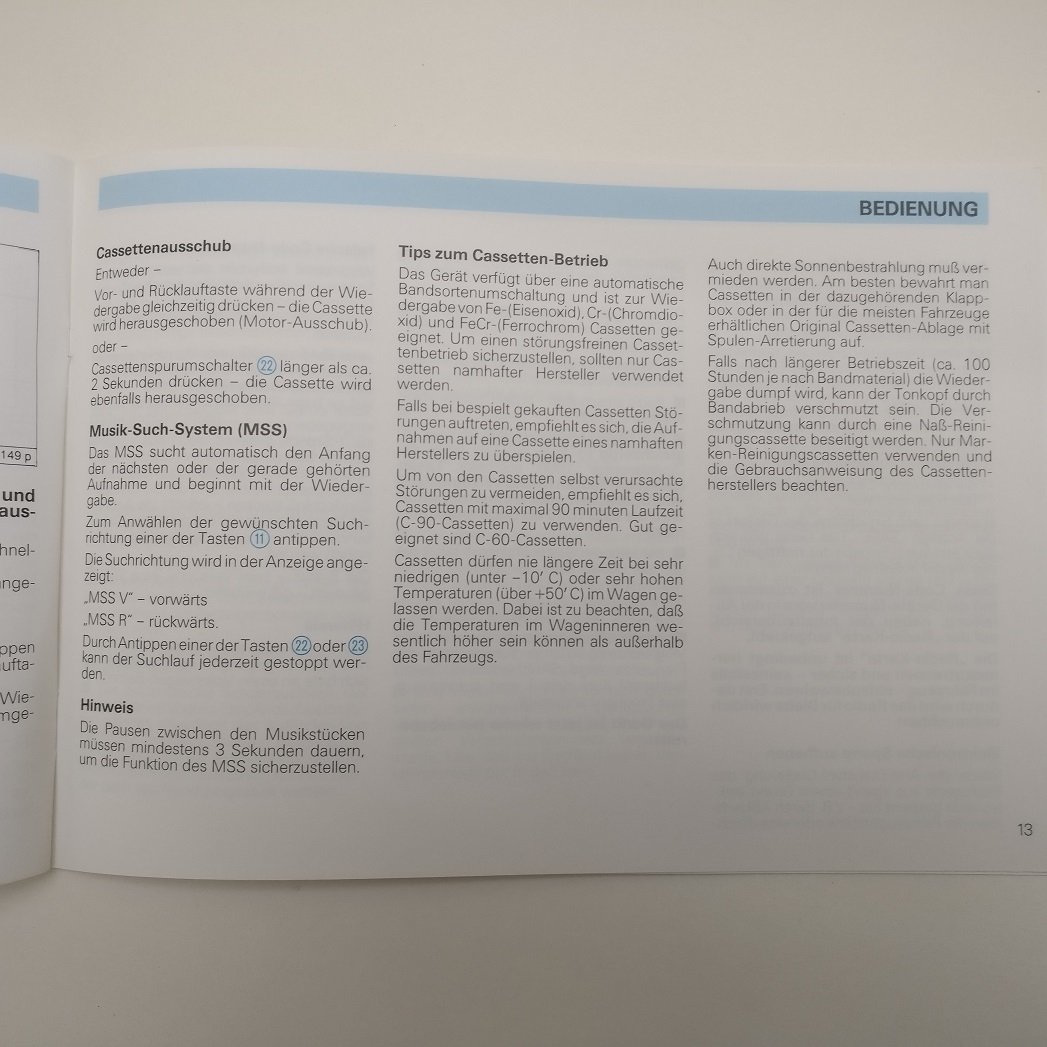 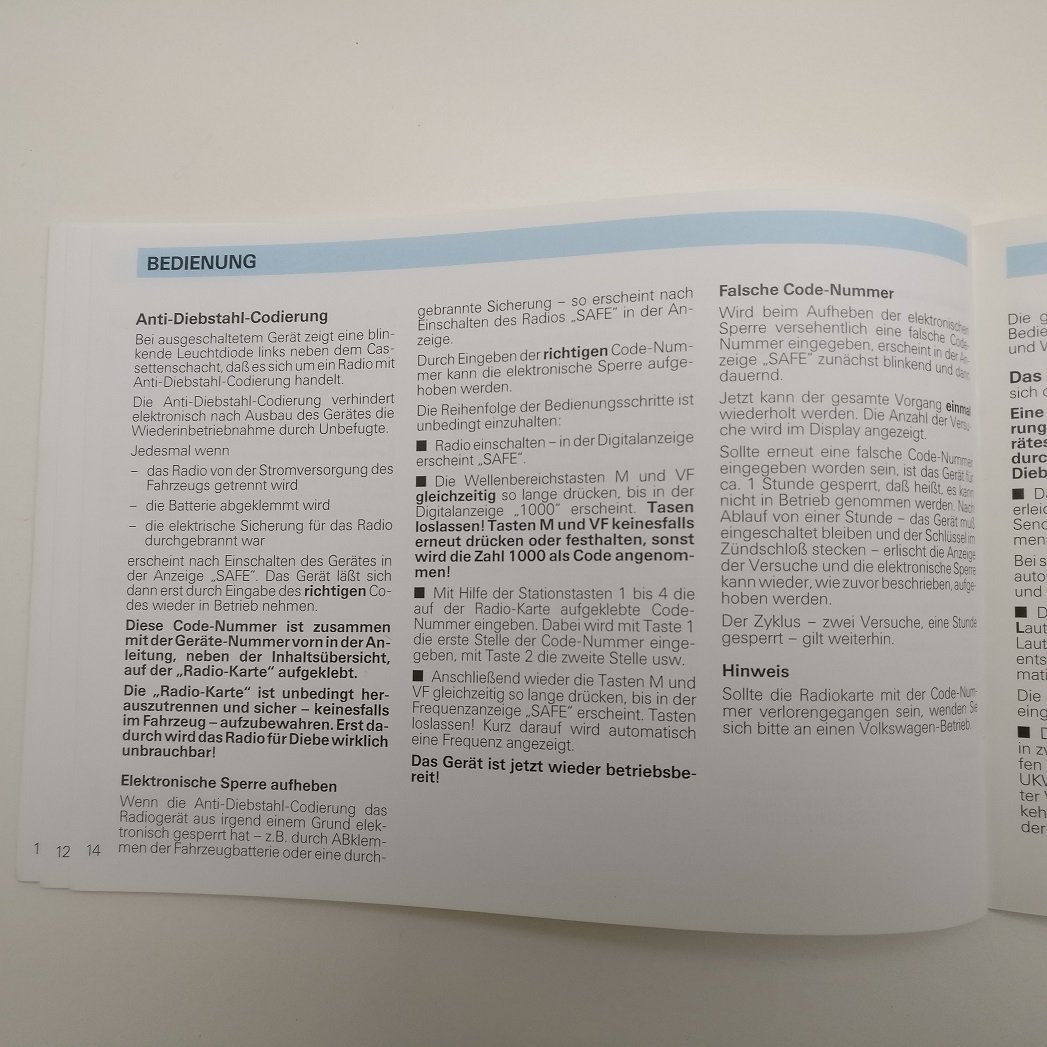 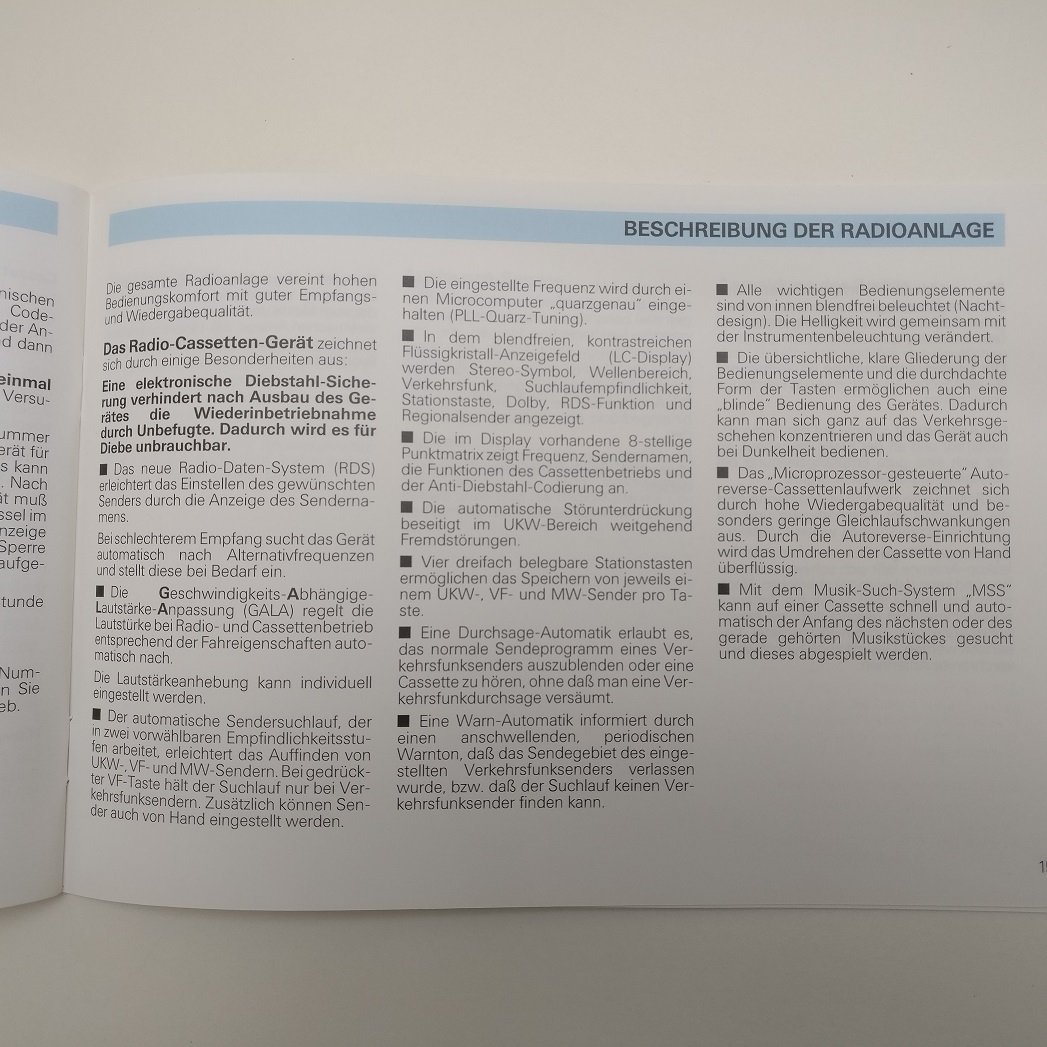 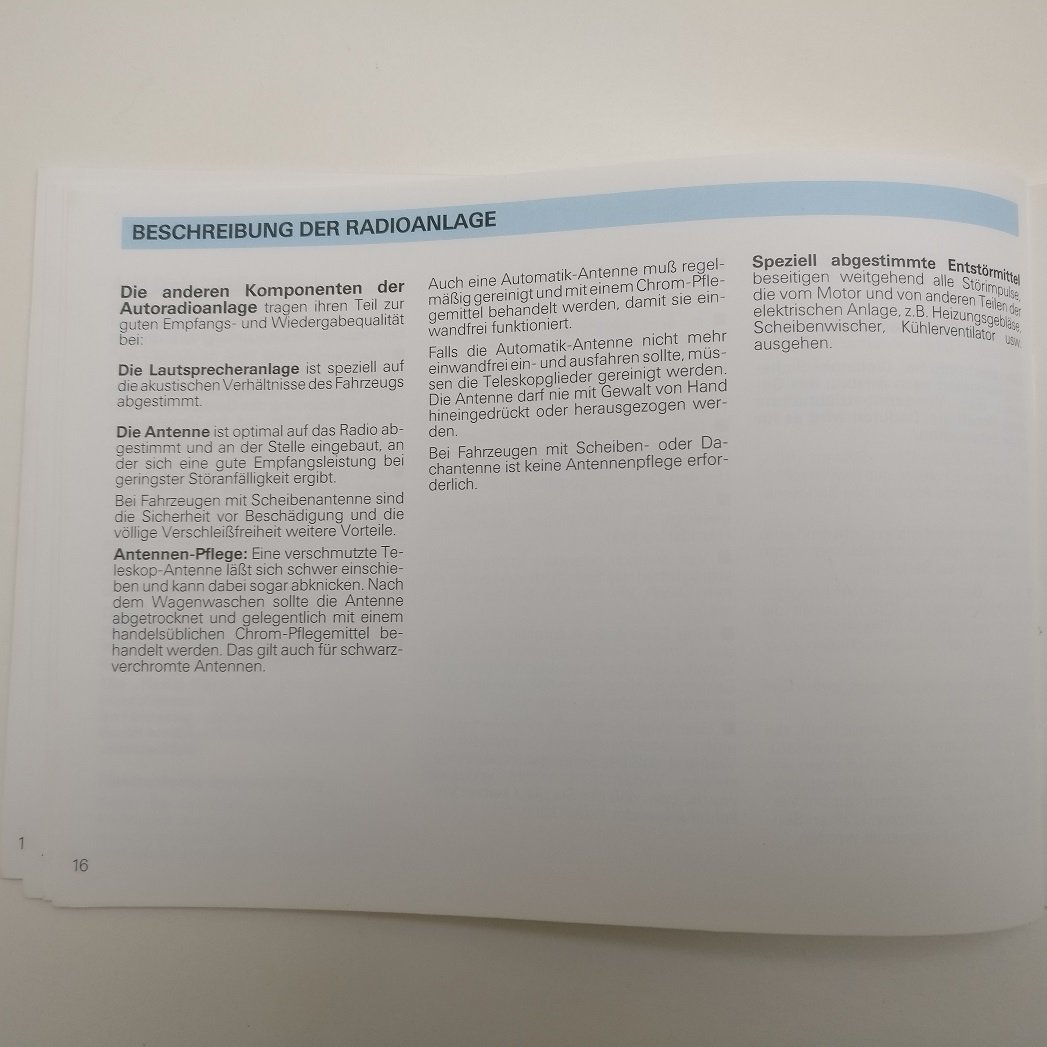 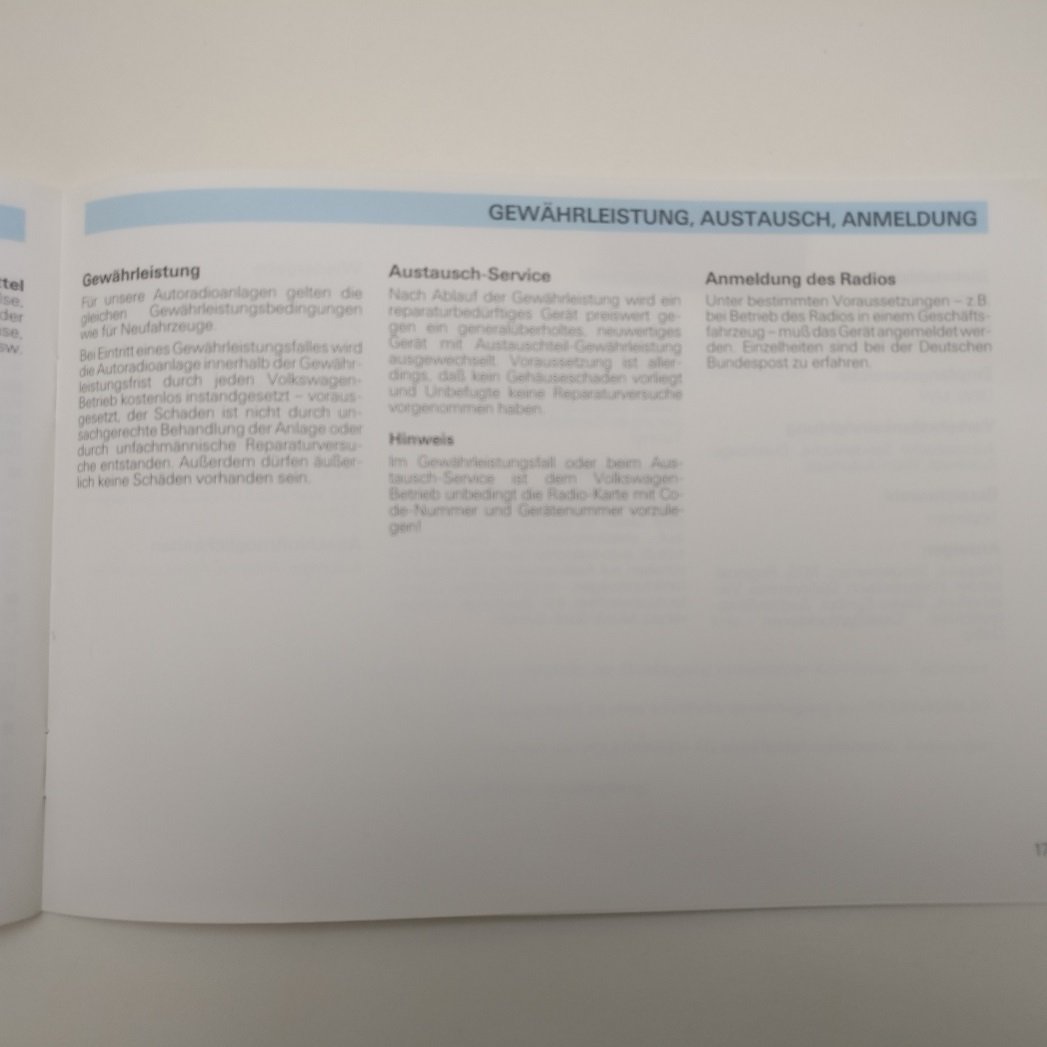 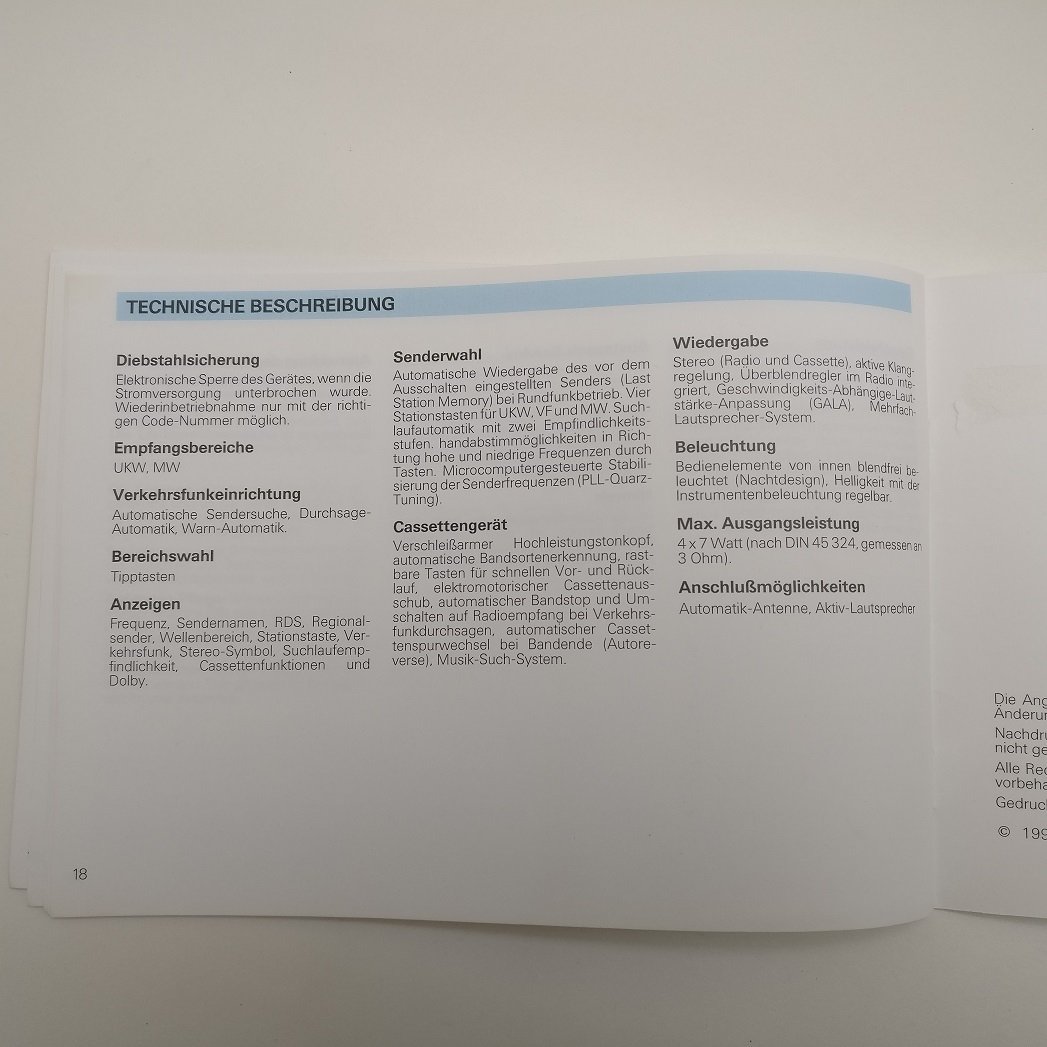 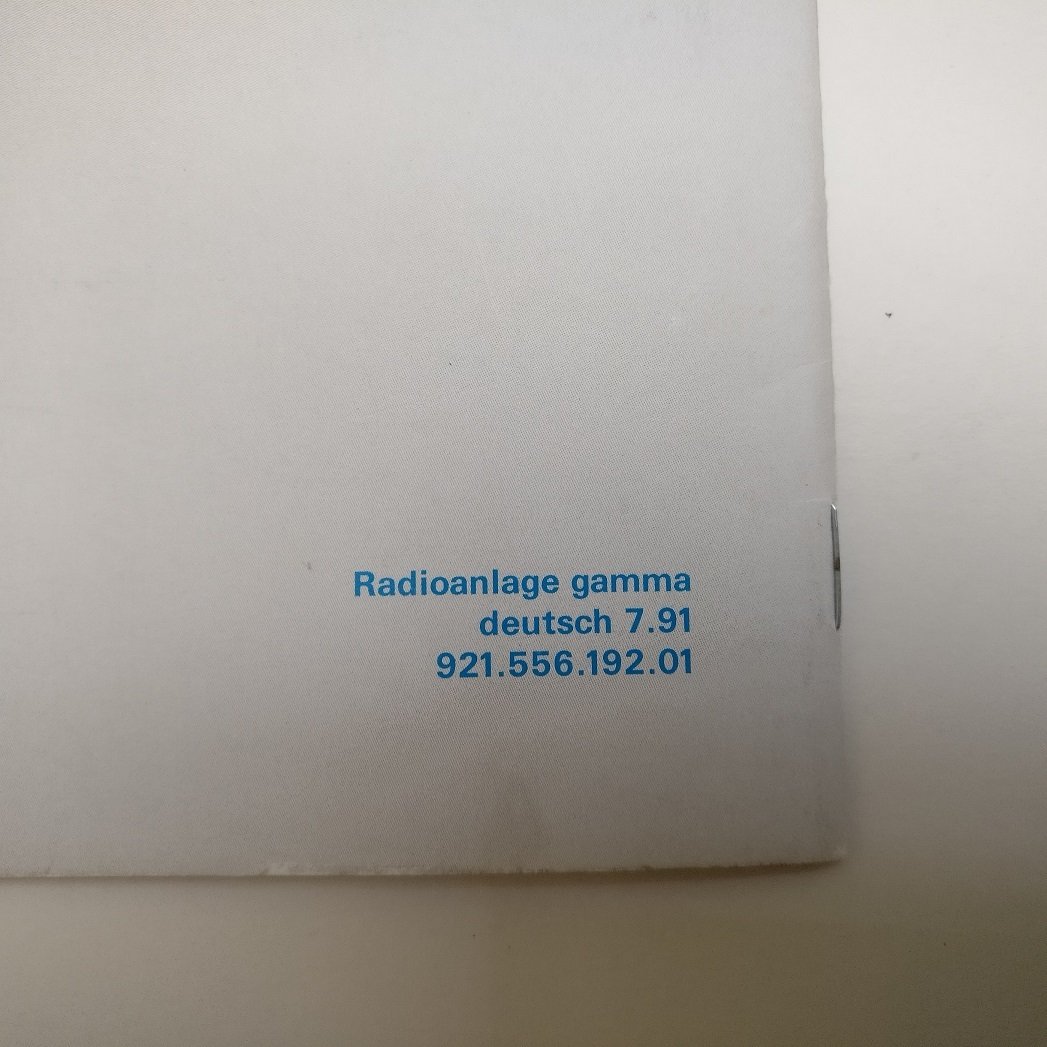 Cheers for that, thats a great help. Been looking for something like that for a few days now!

Actually sounds like mine was working as yours then. I just assumed it should switch off when you remove the key. Thats the only way mines worked, 4&7 to perm live. I say was working because i have now managed to blow the unit up.lol. Though as a last resort id connect it straight to the battery and in my haste, touched one of the wrong pins with live lol. So it now doesn't function at all. Ill send it away to get fixed and connect it back up as 4&7 to live and use it like that.

Since i have you here, what is your radio signal like? I know these units have a different connector from the standard golf Aerial . Im using an adapter but the signal is pretty poor unless i pull the ariel right out the wing. The cd player was way better even with the Aerial in. I know its an older unit, just for a comparison incase my reciever is off. Might see if i can get it upgraded when its away getting fixed.

Also, does your frame have a part number on it? Been looking for one since last year but folk are wanting a lot for them! just so i can search for one myself
0 x

Reception's spot on, the car still has its original VW wing ariel, nothing fancy, though as you say it needs to be fully out to get reception.

The connector at the other end's factory also. 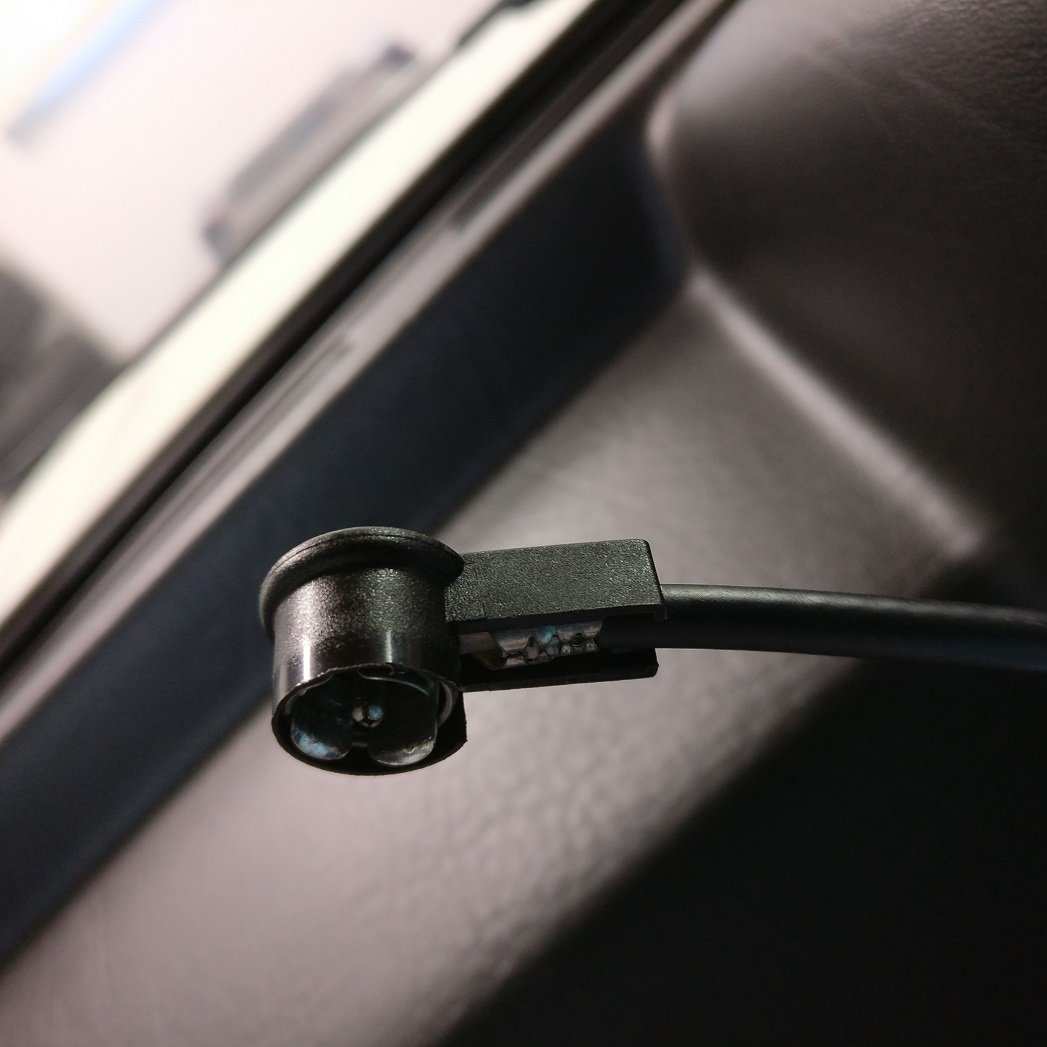 On the side seems to be the Philips part number above the chassis numbers. 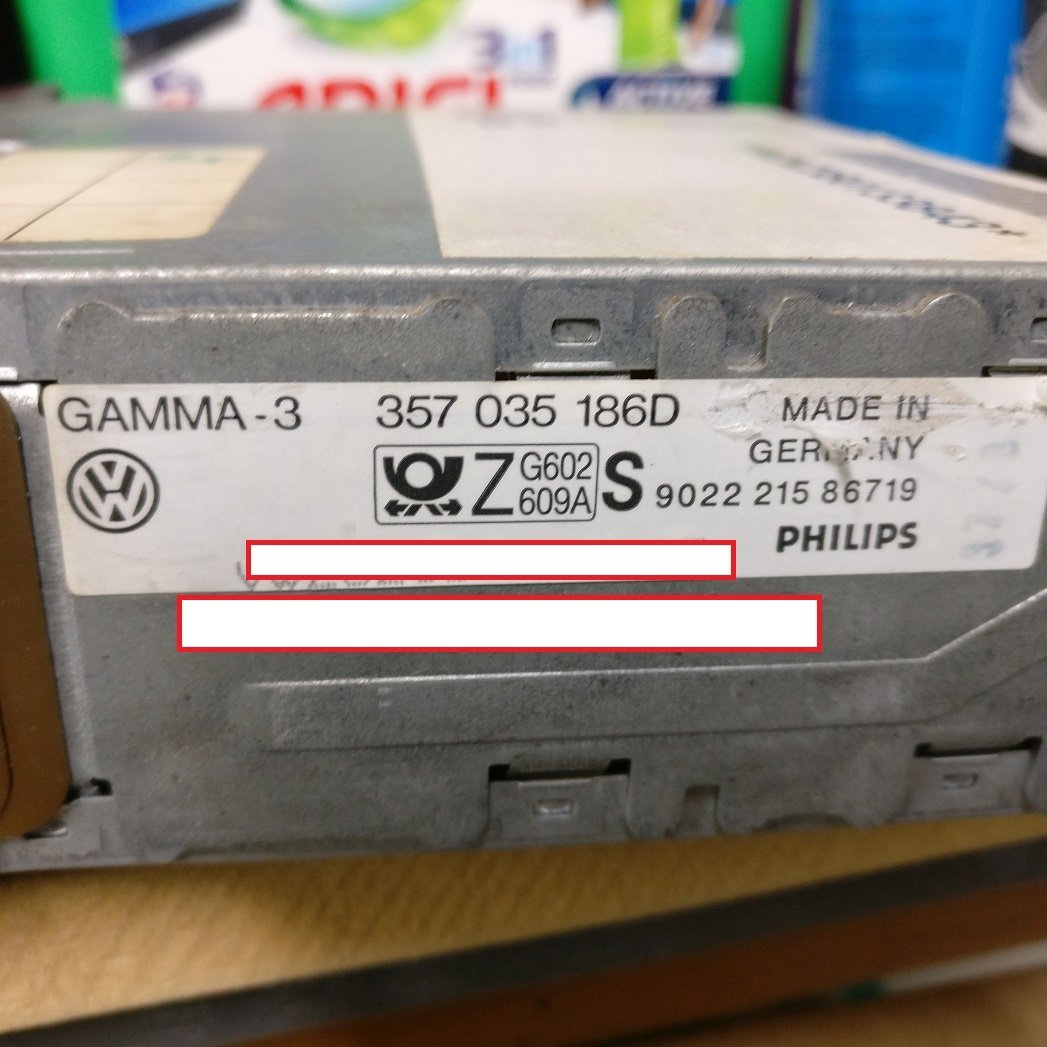 Return to “I.C.E and Electrical”

Users browsing this forum: No registered users and 6 guests