This section allows you to view all Messages made by this member. Note that you can only see Messages made in areas you currently have access to.

Will you be putting a period interior and steering wheel in it along with the rubber shift boot?

That's the plan, I've bene trying to source a black/green interior which would be right for the colour but they're hard got. the steering wheel is an odd one. This has power steering and is a large spline so I don't really want to fit a bigger non power steering wheel, but i need to do something with it as the rubber bit has let go and theres loads of play. Ive a small spline four button wheel that i had in the last car but with it being slightly bigger it makes the steering a bit twitchier but would look right. might just go ahead and pull it off, not sure yet.

That looks smart, good luck with it. Jade green is one of my fav colours for an early car.

Cheers Tim, needs some work to bring it up to where I'll be happy but its mostly cosmetic stuff!
2
So with a heavy heart I decided to let my GTI Engineering Golf go prior to Christmas and thought that I might consider looking again in the new year or spring time for something to possibly replace it with. As the calls started to come in and it sold I then spotted what I had in my head as the car I wanted, an early 3 door GTI. Originally I wanted an 87-89 car to try to get an early Digifant but ended up with a KJet. So well ahead of when I'd planned to buy another, I picked this up sight unseen and had it delivered.

I bought this particular one after seeing a few because of the colour, but also the service history of which there is an awful lot and the bodywork. Its had paint and a lot of resto work done over the years, and seems to be in similar fettle to my previous car so I had a good idea of what I was taking on, but like any of them, it needed some mechanical work.

I've already got stuck into a few things, many of which I don't have photos of, but so far it's had new belts, service, new radiator, new clutch, adjusting a few things here and there, and fixing the leak into the boot which turned out to be the screen wash pipe to the rear window.

The first of the jobs needing sorted. The gears are like stirring cement, 1st can't be got the rest are full of lots of slop. All in all it makes changing gear a challenge so new linkages, bushes etc were all bought and this was one of the main culprits I think, what should be the selector ball bit was actually the bush that belongs on the main shaft. All swapped out with new parts and the metal brackets etc all treated to Por15 to keep the surface rust off.

Next are the leaking door cards, the water just seems to pour in. Upon removing the door cards it seems the door membranes aren't great, and in fact, didn't exist.

The door cards where left in garage for a week or so to dry out as they were very wet. Once dried out they got treated with a few layers of yacht varnish until they stopped soaking up the layers. This gave them a nice sheen on inside but also made the bottoms of the them more rigid than before adding strength. Below is a before and after;

My next job was a stereo. There were four speakers in the car, two in the dash and two in the front doors. The dash speakers, it turns out, weren't connected, and the door speakers were done so incorrectly, so there was no sound. The stereo was a ministry of sound unit from years ago and really looked out of place. After ordering up a load of the correctly marked wire, running it through the car and soldering it all together with a modern ISO plug on the end, with a proper ignition live etc the loom was done. Speaker wise, it now has new door speakers and rear parcel shelf speakers, something which I don't think its ever had fitted. The dash speakers have been left unconnected but the wiring is in place for them, I'll hook them up once I get new speakers bought and fitted.

It also meant that I could not use my retro Blaupunkt complete with tape deck. Tapes sound awful, forgot how poor they were

Got tagged on the Facebook after speaking to a mate about wheels, so I'm going from these Wolfrace specials ...

To these P Slots once I get them refurbished. To be honest they could go on as they sit but I'd rather wait until I get them painted as I'm in no rush.

The job I'm currently getting into is trying to tidy the engine bay, its got lots of surface rust over what should be black powder coat, so in the coming week the two cross members, engine cowling, slam panel and rocker cover are all going off with the wheels to get freshened up.

3
Id have thought that any mk2 at this stage will need a front scuttle repair if it hasnt been done at some point in the recent past. I wouldnt call it a walk away problem necessarily as the panel can be bought, the dash can be removed pretty easily as can the screen - as already pointed out. When mine needed done (the corners on mine were rotten) i had the dash pulled out and drove it to the body shop so all they needed to do was lift out the windscreen. I cant remember the exact cost but it was somewhere in the region of a couple of hundred ££. Should also add that was around 2015/2016 or so, the build thread will have photos of the before and after.

if the scuttle is really bad then it could be an indicator to the rest of the car and collectively with other issues it may be a walk away job, depends on how brave you are when looking at the overall car i guess!
4
Quote from: Scherni on December 24, 2020, 04:53:09 PM

Just read through this, will be taking some of your info on board for my new one!
Fellow Northern Irish driver here haha

I wouldn’t take much from me other than learn from my mistakes!! 🤣🤣 I’m up in Ballyclare, would be worth getting the golfs together at some stage!

Nice !!
Same engine as mine they’re a cracking  conversion

Out of interest where did you find the key rings etc ?

Can someone please change the Buyer's Guide?! Second word should be YOU'RE. My OCD can not take it. 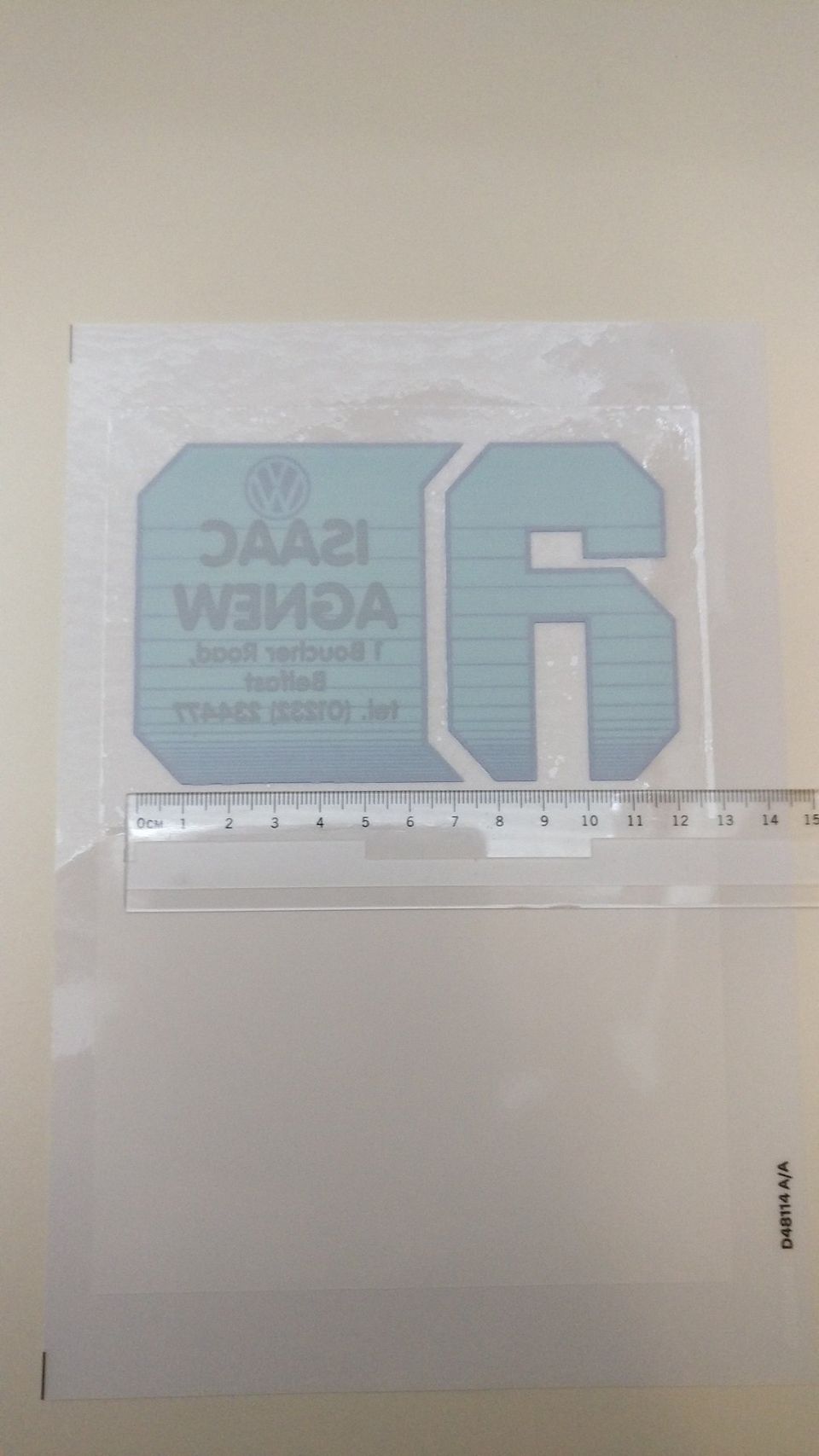 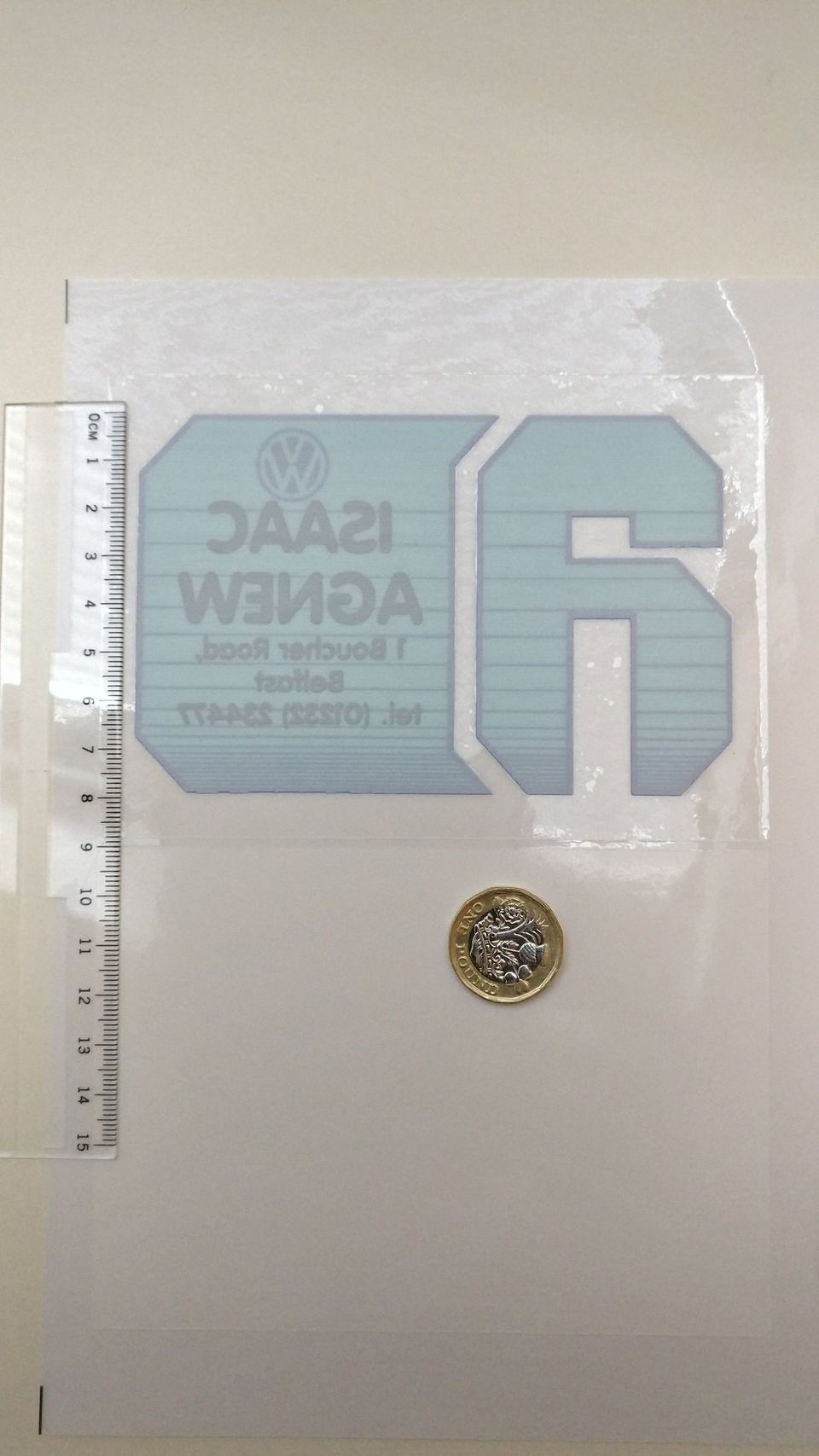 Yes, so far so good. Michelle had my IP white listed... I was a bit dubious at the start - last time I was offered something like that it turned out to involve bleach.

haha I'll not ask! if anything happens again please let me know asap.
10
is this all resolved now??
11
Theres a few to add to this from the last time I did it! Starting from about 2005.

Ive a photo of an original one I always intended on having remade. Heres it vs yours, its a bloody good match.

Nice !! What sort of power is that ? Daily or weekend toy ? U do drag racing or track days much ?

just a weekend toy really, think its about 150 or so. the gti engineering mods take it to 142 from memory and then ive my ecu chipped too.
15
a GTI Engineering RE1900, basically a GTI with a lot of engine work