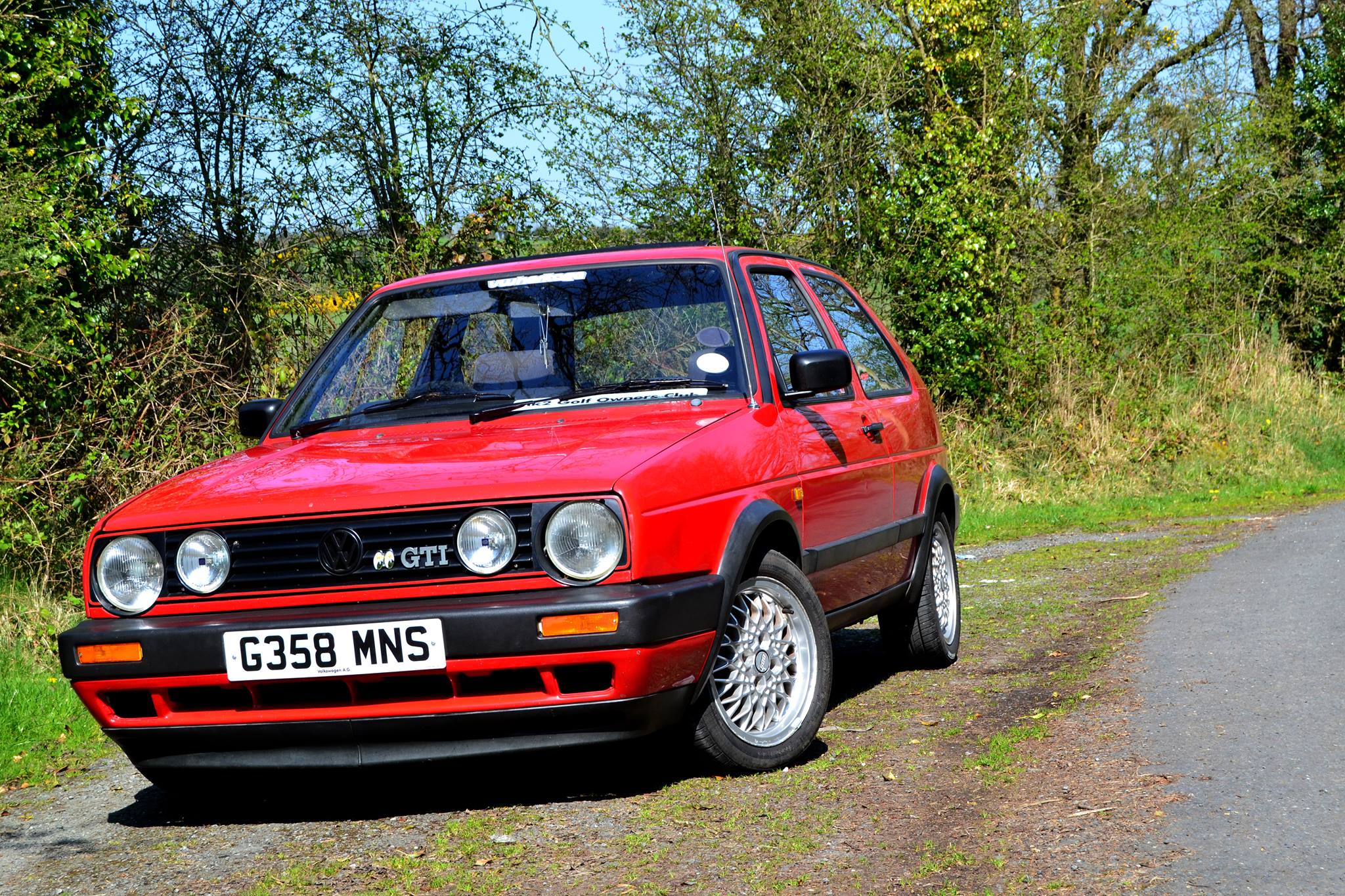 For whatever reason, at the age of 15, I decided “That’s it, I need a car.” I’ve always had an extreme love and passion for cars but never really knew anything about them in a mechanical sense, and to me this car has been a learning experience for me. I’ve always been really fond of Mk2 Golfs, and I was always dead set in what I wanted – a red three-door.

Of course, being 15 at the time, logic and reasoning never really applied to me, so I decided I wanted a GTI, not knowing how heartbreaking that’d be when it came to insurance when I’d passed my test… So in May 2013, after a couple months of looking, I finally found what I wanted for sale on an online classified and at a reasonable price.. and by the time I went to make the call (by which I mean, by the time my parents finally warmed to the idea… “Why do you need a car? You haven’t passed your test yet?” and a myriad of other attempts to put me off…), the listing was removed. Needless to say, there were tears and heartbreak. But a couple days later, the stars had aligned, and the advertisement had been relisted. Now, to any logical adult, a ‘for sale’ listing that uses pictures from Google Images, has little-to-no information about the actual car (I believe it said “Red 1989 Golf. Runs. Bodywork in good condition.” and no more) would be a listing that you would surely avoid.. But as a 15 year old boy that is looking at a listing of a GTI for £500 and ticks the boxes you want, you don’t care and pick up that phone as soon as possible.

At the crack of dawn on the 26th of May 2013, me, my mum and my dad ventured off to the top of the country to look about this unseen car that I was so dying to have. We got there, and… Well… Disappointment. It was red in spirit, but I would say “Tornado Pink” is more applicable. Not to mention the shades of orange rust. The interior was filthy. It was left abandoned in a field. The bumpers (which are the wrong ones for the year of the car, so clearly someone wanted to modernise it.. without changing the side trims to match.) were held on with rope. Sure, it could run – in the same respect that a 2CV could lap the Nurburgring – it just took a lot of motivation, force, and you sort of feared for your life that it was going to explode at any time. But this is the older and obviously more sensible Tomo talking… To younger Tomo, this was a “Oh my God it’s a red three door Mk2 GTI and it’s right in front of me I need this in my life right now”. And after the puppy dog eyes to my parents (“Pleeeease? Can we keeeeeep it?!”), we handed over £500 and I now had a Mk2 Golf, that my dad drove home… 20 miles at a time.

Turned out, water pipe was leaking and we had worked it out to 20 miles before it emptied itself, and had to stop and fill it with water every time. It was a 100 mile journey. Harsh words which should probably not be repeated were exchanged between my dad and the Golf’s engine bay quite a few times on the way home.. A great start to the newest member of the family. We got it home, I christened it “Lara” (after Miss Croft, a childhood love of mine…) and that was that. So where does that lead us now? Around 2 years later, it’s back on the road after a restoration undertaken by me and my Dad (in rain or shine – we don’t have a shed.) involving taking the engine out, welding in the engine bay, upholstery re-trimming and more. The Mk2 Golf Owner’s club has really been an invaluable service for this, I joined up the night I bought the car and I’ve been so thankfully for all of the guides and tips on these cars on the internet. If you need help with anything at all, there’s someone somewhere that’s been there and done that… All that’s left now is to respray it, which unfortunately my budget doesn’t allow for just yet… I’ve given it some of my own touches though. Subtle things to make it more “me”, but nothing that would deter from the originality of the car. As a HUGE lover of Ashes to Ashes, I’ve always wanted a Tornado Red Audi Quattro..

So, being VAG group and the right colour, I did give it some light quattro touches, such as the decals on the doors and rear windows, along with some Mooneyes items for the hotrodder that lives deep inside. Then there were the more practical things, like the LED conversion for the dash lights which I highly recommend – keeping them green for that OEM look. The car has already done some track time, taking it to the Aircooled Drag day last year where, much to my surprise, it beat both a Scirocco and a 16V GTI! Which for a standard 8V I think is quite an accomplishment. For now though, I’m just happy to be driving it at all. An 18 year old with insurance on a GTI is a dream come true and I’m loving every minute of it, and don’t ever plan to sell it. Every journey is special in it and as it’s a car that hasn’t been on the road properly in about 7 years according to the last MOT, there are still some small teething issues but it’s all being ironed out. Half the fun of owning a classic car!

I think everyone I know has grown somewhat attached to it due to me always going on about it, and as a years of school books with drawings of Mk2 Golfs on them will tell you, I’m very passionate about them.. I remember a certain maths teacher telling me I’d never own one if I didn’t buckle down and get some work done.. Imagine their face when I pulled up in one in the school car park! I’m very very attached to it, and most people say it’s the automotive equivalent of me, old school and expected to do something wrong at any point, hahah. My plans for it are just to get it resprayed when I can and leave it mainly as-is. You can’t improve on perfection.