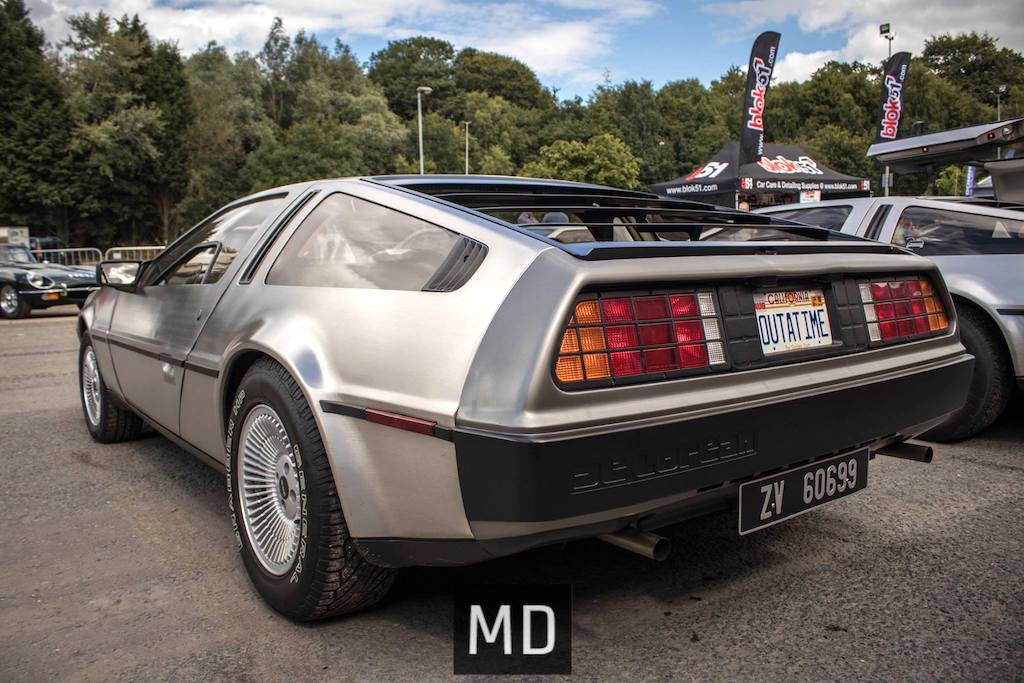 In 1975 in a small part of the UK famed for all the wrong reasons at that time, John DeLorean started what was to become a legacy. The DeLorean Motor Company began in Dunmurray, a suburb of Belfast, and produced the DMC-12 sports car. Not even a full 7 years later the company had closed its doors but a fire had been started that would not be stopped, despite the cars body and looks writing cheques its performance couldn’t cash. Out of the original 9,000 it is estimated that around 6,500 are still on the road.

This might seem trivial in itself but it is for this reason the location of Carnoisseur’s first show was situated at the facility once owned by John DeLorean and aptly named ‘Back To The Factory’. The show itself was three different motoring events all in one place. It was an auto-test circuit, a track day and a car show all in one.

The show was very laid back, no prizes, no scene queens, just a vast range of cars from modern top end show winners to retro oddities and petrol heads of all ages. There was a range of American muscle cars, TV star cars and of course, the world renowned DeLorean DMC-12, of which there were almost 20 at my last count of the day. There was no pressure on the day itself, it was more like a cars and coffee come retro car show for folk who are not in it to win prizes, who don’t turn up because they spent the most money on their car. It was for those who have a true passion and appreciation for all things petroleum powered.

Watching the auto-testers, they are unbelievable. Their demonstration of skill and car control are simply jaw dropping. It has to be seen to be believed and how they drivers even remember the course is, in itself, a skill!

The day was ended with several laps of the DeLorean test track. Truly a once in a lifetime experience on the basis I did it in a Mk2 Golf GTI and not the famed DeLorean, I doubt it’ll allow itself to happen again.

With all proceeds of the day going to MacMillan cancer support and the cancer unit at Antrim Area Hospital, the day raised funds that will hopefully make the difference to both the current and future patients lives and treatment.

All in all, a brilliant day going Back To The Factory.