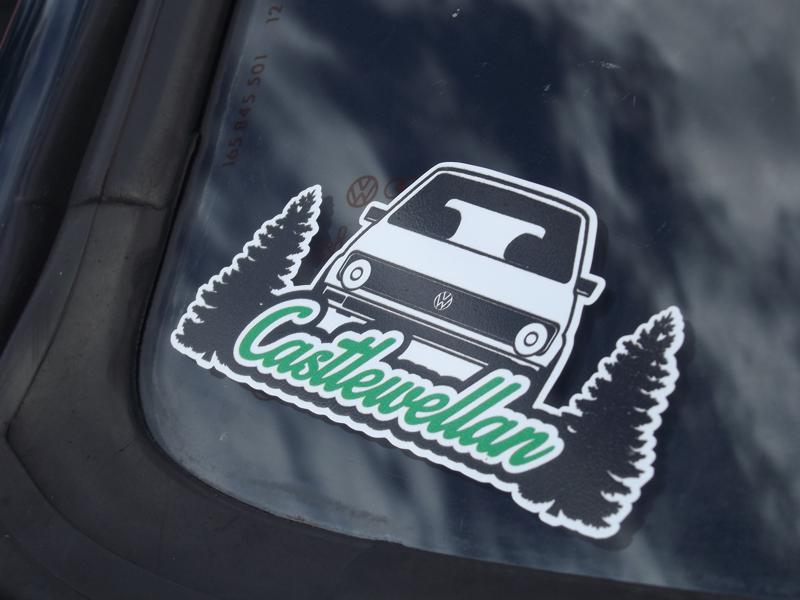 So, how to do you sum up Castlewellan in two words? After today I’d use Retro and Chilled. The sun was shining for the most part, only a small flash of rain now and again, so whoever booked the weather completely nailed it.

Arriving shortly after 10 in the morning we got parked up and got to the polishing. The Jetta needed some live and really hadn’t seen much for a long time. Unfortunately my own GTI didn’t make it this year so hopefully it will next year. Anyway, after a short time Tomo Pattison turned up and we formed a mini club stand and got a good dander around to see what was on show.

There were the usual attenders but a few stuck out like the G40 Polo, the Mk2 Golf with full Zender kit and 16v RE2000 lump, a very standard 1tlr Mk2 Breadvan and a Karmann Ghia. There were quite a few Mk2s that were very tasty, some more modified than others, but all looking well. Mixed through were a number of T25, T4 and T5 vans as well as a large presence of more modern VWs like the Mk4, Mk5 and Mk6 Golfs and their equivalent Polos.

There by invitation, were also a few Fords and classic Minis in attendance, with the XR3i standing out most to me, but then I always fancied one. Truth told, there was something there for everyone!

After a good walk around we got the BBQ lit and the burgers and beer came out, not a bad way to end the afternoon at all! A great day out in cracking sunshine and a chilled atmosphere.