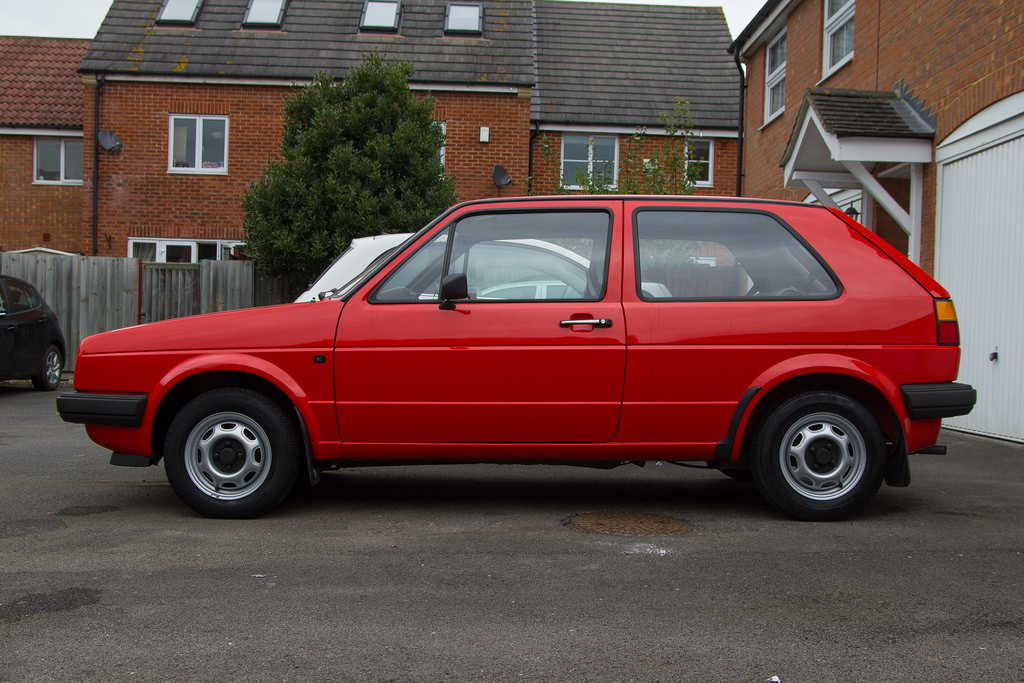 I had never really planned to have a car like this but two years ago I went and knocked on the door of the original owner of this beautiful mk2 Golf C 1984. I just wanted it to lower and make it look “cool”, but he didn’t want to sell as he was using it. But I left my number with him and left it at that.

To my surprise two years later I got out of work and had a voicemail from him saying that he was ready to sell and that I had first refusal. I was pretty excited so I called him back and I picked it up within a few hours of me leaving work.

He is the original owner, garaged all its life, had everything it ever needed, bought locally, came with the original bill of sale. So an overall great example of a mk2.

When I got it home I parked it in front of the house and then thought, What am I going to do with this car? I thought about modifying it but I knew it would be wrong. But I didn’t really want to turn into one of those people with all the documents on display at shows.

But I decided in the end to keep it standard and give it a nice tidy up and soak up the love from the older side of the VW scene.

So far I have given the paint a polish, refreshed all the exterior plastics, painted the wheels with colour matched silver paint to keep it as OEM as possible and given the engine bay a good cleaning.

Future plans are just to continue to tidy up the little bits but it won’t turn into a full restoration because I think it will take away from the history.