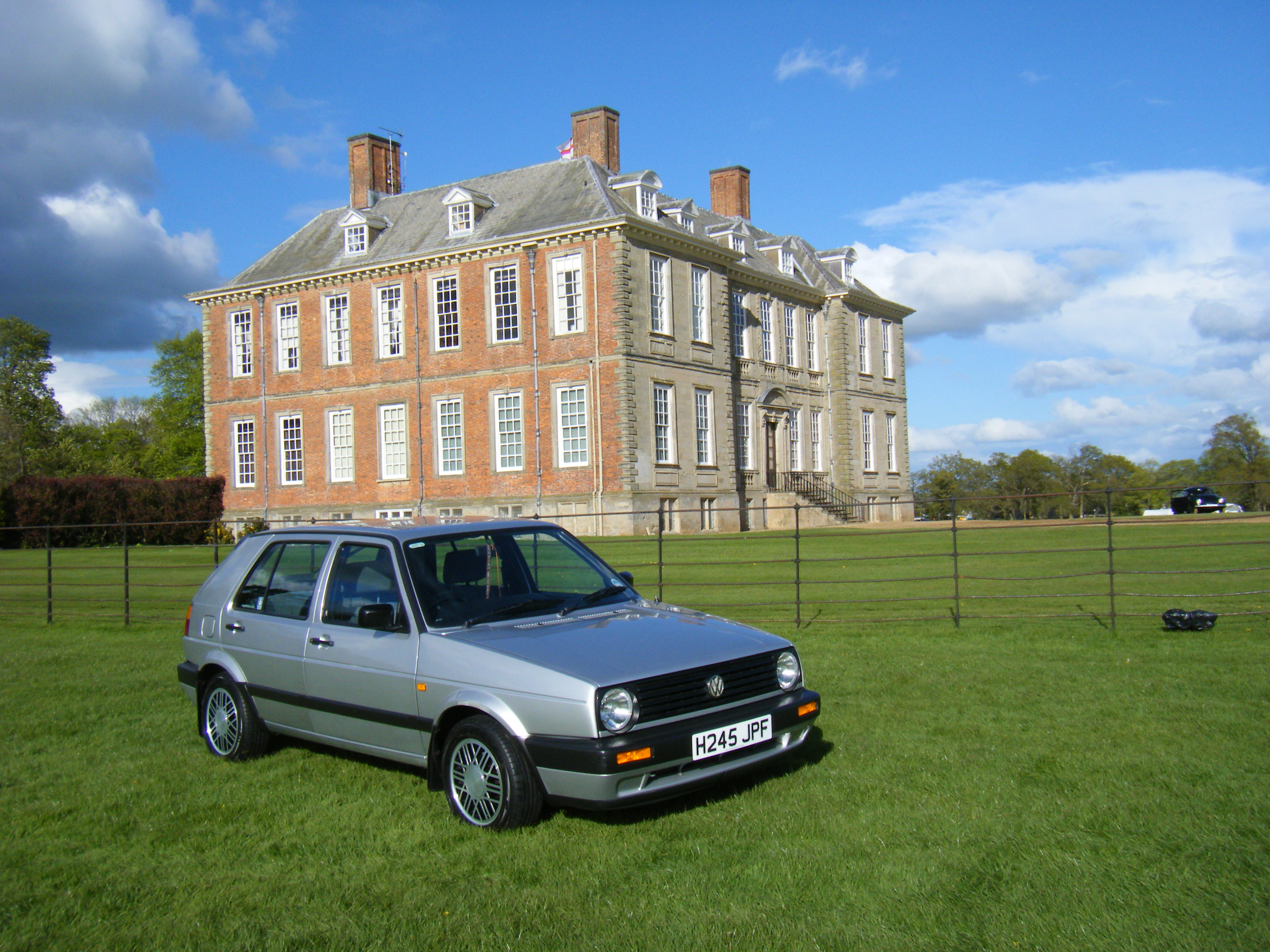 I’ve been into VW’s forever. That’s largely thanks to my parents, particularly my Dad, whose had a MK2 16v for nearly 20 years, a Jetta before that and a Polo coupe S which was my first ride in a car.

Naturally I started my driving career in a Polo and owned 4 of them. A MK1, 2 MK2F Coupes and briefly a 6N (bought to sell on). All of those served me well and were great fun, but after nearly 5 years with 4 speed 1.0 (895cc in the MK1!) engines, I decided to look for something totally different and a bit faster. With a £2k budget, Everything VAG and mid 90’s back was considered (modern cars aren’t for me), but eventually settled on a MK2 GTI. Months trawling ebay and other sites and 100’s of cars were discounted for various reasons. The few cars that made the grade for actually viewing in the metal were no good either.

Just as I was about to give up hope, back in November 2013, I was scrolling through the usual sites and came across a Silver H reg GL, with blue/ grey interior. Not what I was looking for, and Silver was a colour I’d never really liked, but It looked honest, original and was a good price, so gave the seller a call and arranged a viewing that weekend, down in Kent. 3 hours away.
Long story slightly shorter, I got that feeling you get when you know something’s right, this was the car for me. So left a deposit and went back the next week and drove it home.

Had the car around 18 months now, and has been my daily drive since March 2014 when I sold the polo. After Initially throwing its toys out of the pram, with oil leaks, coolant leaks and carb issues its been a reliable car and took me to 22 shows in 2014, making an appearance on most of the club stands. Aiming for the same, or even more this season, with 8 already done.

Since owning it I’ve given it the clean of its life and replaced any damaged or worn parts with new or good used genuine ones. That alone made a huge difference. I’ve steadily added my own subtle stamp on it, while trying not to stray too far from how Wolfsburg intended. I have added a Votex tailgate spoiler and a set of fully refurbished Votex ‘VW Design’ wheels on the outside (Steels and Hella trims for winter). Votex parcel shelf tray, Period Panasonic stereo with AUX connector, Hella steering wheel and VW motorsport gear knob on the inside. I also had the original dealer stickers, tax disc holder and plates reproduced as all were missing from the car.
Suspension remains stubbornly stock, despite my mates protests. As do the rest of the mechanicals. No need to replace things when most of it was nearly new when I got the car. Though it didn’t come with a lot of history, someone has definitely looked after it in the past.

I really enjoy owning and driving my MK2. Though its not the GTI I set out to buy I find it plenty quick enough, surprisingly refined for an old car, and definitely wouldn’t swap it. The Diamond Silver has really grown on me too and the plush velour interior is a nice place to be. Its great to be a part of the club too. A more friendly and helpful group of people I am yet to meet.

Heres to many more happy miles.