Hi my name’s Andy, Hairyarse on the forum I’m 42, live near Stamford, Lincolnshire and have been a petrol head and VW Golf fanatic, well pretty much since I was a twitch in my Daddy’s pants! Some of you may know me from the MK1 Golf Owners Club, where I was a founding member of the club back in 2004 – and have the same, lovely username!

My search for the MK2 was relatively quick, in that I had seen a picture of a cracking Pearl Grey 16v on modifiedcars.com as a wallpaper. Someone on the forum told me that the car belonged to Vaughan (devondubber on the forum) so I thought I’d have nothing to lose and ask if he fancied selling it to me! My timing seemed to be spot on, and despite a 4 month wait for me to sell my 944, Vaughan kindly held the car for me until I could collect it from him in Plymouth in August. It was a great road trip, starting on the Saturday – train to Plymouth and visit my daughter in Exeter on the Saturday, culminating in the MK2 OC National meet the following day so that tied-in nicely.

The car was in excellent condition having had a full engine refurb, Vaughan is a top bloke and looked after the car very nicely. I have replaced the full gear linkage which made a massive difference compared to the 167,000 mile parts and I’ve fitted a new grille and a few other bits, but on the whole it’s one tidy MK2.

As mentioned above the car is in fine fettle. However, being an old car there are a few items on the list to be done. Most work needed will be for next year but will include replacing the drivers wing as it’s rusty under the arch trim. At the same time I’ll get the bonnet painted as it’s faded down the middle. The rear suspension looks a bit saggy but the car rides really well still so another job for next year, at which time I’ll do the front plus wishbones, bushes etc. I’ve already replaced the stereo, speakers and fitted an amp.

Overall I’m chuffed to bits with the MK2, I was surprised at how solid it feels for a car from 1990, I wasn’t expecting that and it may soon become my daily driver which doesn’t make me at all sad. I do need to get my MK1 restoration finished still and I hope that I don’t have a time when I need to choose between the two but so far, I’m loving the MK2 and looking forward to a long ownership. 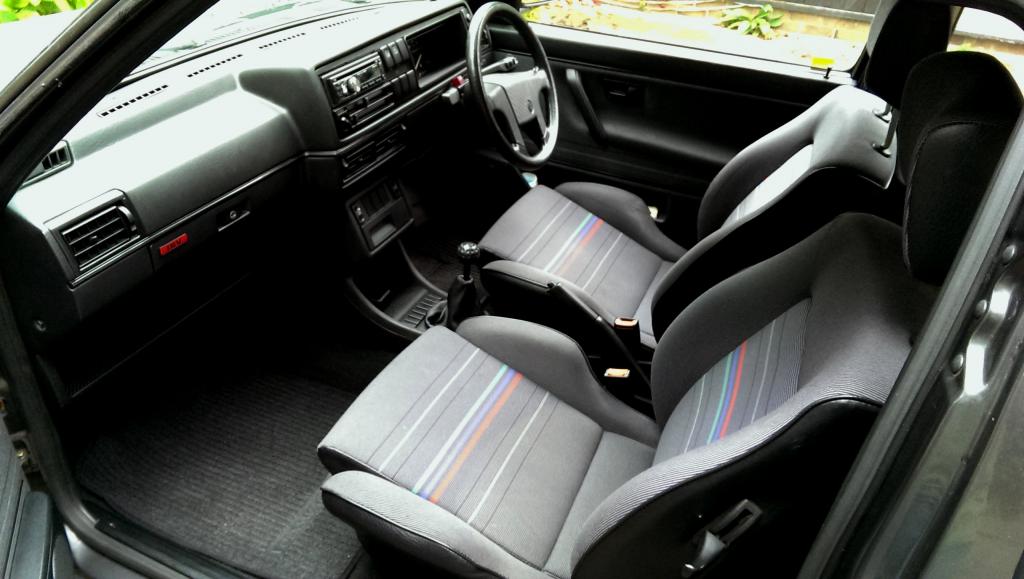