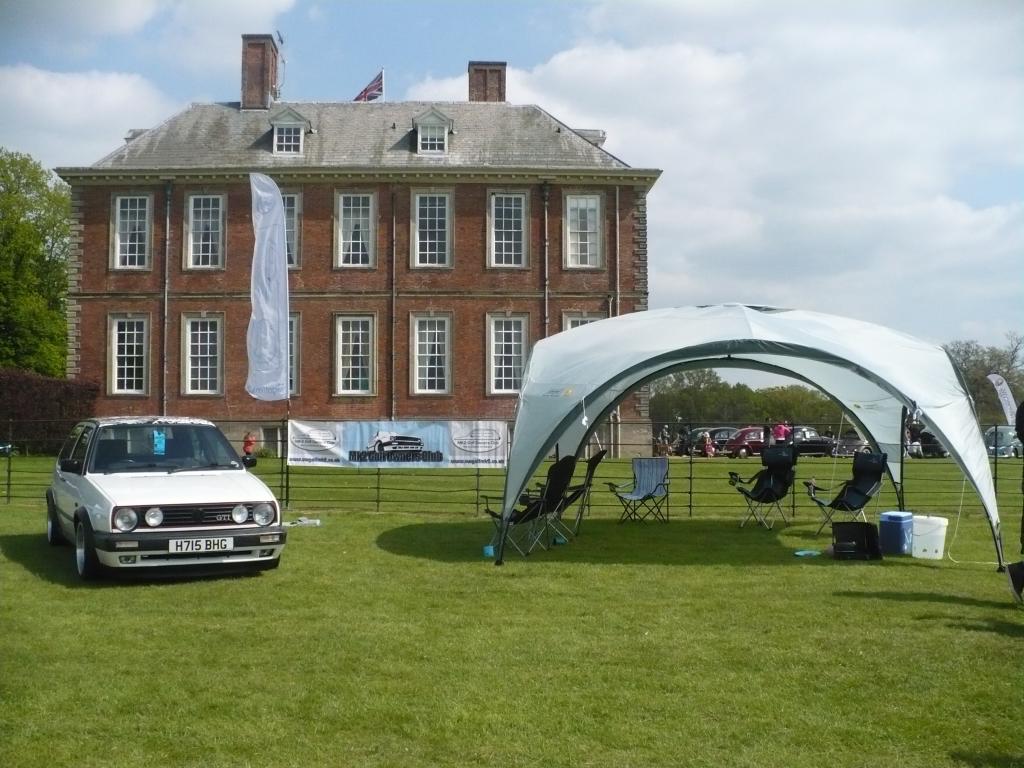 Stanford Hall May 4th 2014 – http://www.stanfordhallvw.com/The last time I attended Stanford Hall my old GTI didn’t make it breaking down some 20 miles after leaving my brother’s, a quick trip on the back of a recovery wagon a loan of one of my big bro’s Corrado VR6’s and I finally made it; that was 2011.2012 – Was a none starter as Stanford Hall was cancelled due to the extreme weather.2013 – I was working and couldn’t attend2014 – And hopefully lucky….ish, I decided to arrange the stand for the MK2 OC hoping that a) I would get there with no drama’s and b) the weather would be good.Pretty sure this was the first year that the MK2 OC had a Club Stand at Stanford Hall having been there before I was sure we as a club were missing out. So a Club request was sent to the organisers and a thread was started on Feb 22nd to see if there was any interest. Well by the March 11th we had takers for all 10 spaces so yes plenty of interest and the majority from newer members of the forum.Fast forward a couple of months and show day was upon us, we had arranged through the forum to meet up at a well known fast food takeaway in Rugby at 8am which meant a 4am wake up call for me. Having arrived the rest of the group turned up that was meeting there and as Spenchan was the local boy and had been on a stand at Stanford Hall previously we decided tht he would take the lead…..He took the wrong turn going out of the car park

So after some humoured abuse from Chuff we were on our way arriving at Stanford Hall for 8:30am.The plot we had been allocated was superb, right in front of the main house and to be fair we could have easily put another half dozen cars on it, next year we will definitely be asking for more stand passes. Event shelter that I had bought new at Christmas and had only been trialled once was eventually put up and Fonzooorooo got his stove out and got the kettle on

After saying hello to everyone and having a good nosey around the cars on our stand I spent the next few hours having a wander round the stalls and cars for sale, a quick bite to eat and some respite from the sun was taken around midday before heading off to see the rest of the Club Stands. One of the highlights for me was the number of Splitscreens that were on show, I have never seen so many in one place parked nose to tail there must have been at least 200 there with everyone being unique. Stanford Hall prides itself on it’s Concours d’elegance. The following quote sums up what they are expecting at Stanford Hall – “Stanford Hall Concours d’Elegance is for unmodified vehicles, and owners of custom or heavily modified vehicles are discouraged from entering”Needless to say the standard of cars entered was superb.In summary a fantastic day, great weather and a brilliant turnout for the MK2 OC we will be back in 2015.Thanks to those that made the effort to join us on the MK2 OC Stand.