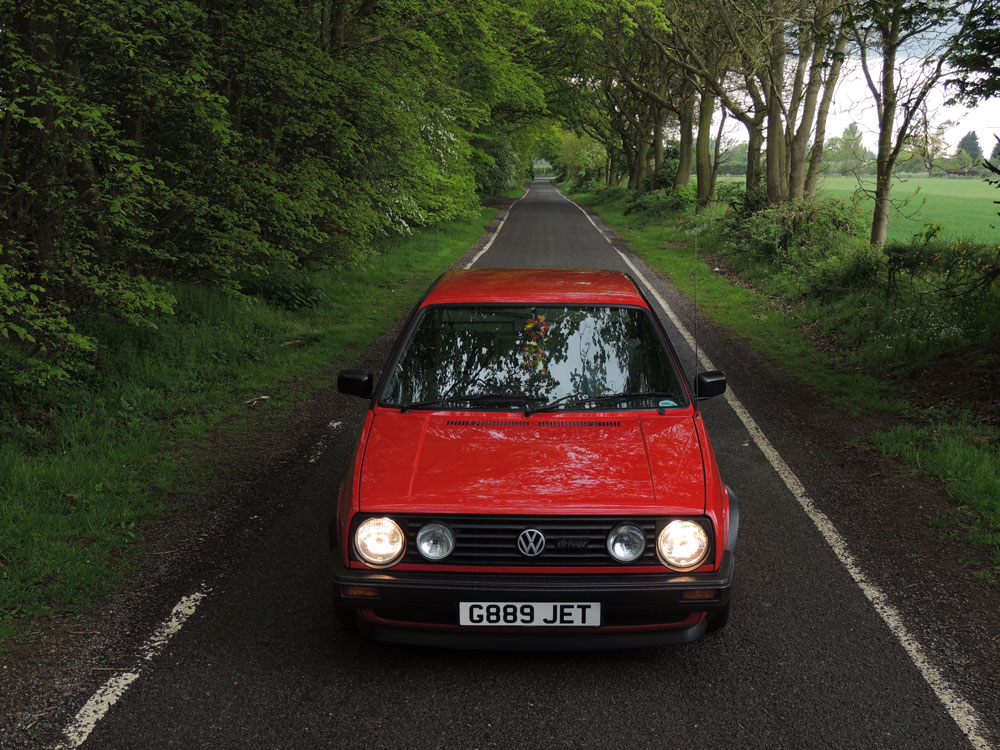 It all started on my 17th birthday, my best friend Zach Perez had just bought his first car; a 1994 Volkswagen Polo Boulevard. After tinkering around with his, he had convinced me to also get something ‘Old-School’. I knew for sure it had to be a VW and was looking around at Polo saloons and Derbys. Soon enough, I spotted a 1989 Tornado Red Mk2 Golf 1.3 4+E lowered on G60 Steel wheels for sale and after messaging the owner, we went to see it that night. As soon as I saw it, I loved it. I handed over £1050 of my hard earned cash after a quick check over and we trailered it back that very night. It was a really clean car with no rust on the entire shell.

The next day, I used some more of my savings to insure it on my provisional licence and went for my first ever drive. It was difficult to get used to at first but cracked it pretty quickly. It was very different to the fiesta learner car that I was using whilst learning due to a heavier clutch and no pas. After a few months, I had fitted a few of my own personal touches such as a new head unit and a subwoofer. I had many people knocking on the door asking if it was for sale and even a local lad named Charlie Jennings who runs a popular site/blog called CarPorn. I was enjoying the car very much and with my test coming soon into the New Year I was looking forward to driving it legally on my own.

However, In November the car was declared a Cat-B write off due to my friend who had just passed his test showing off and piling into the back of it when it was parked up. Needless to say I was devastated. Over the next couple of months, the car was stripped with the help of my Dad and Zach to a bare shell. The other parties’ insurance company were only prepared to pay a measly £200 to start with due to the age of the car and required me to get a quotation to fix it. I knew the chassis was bent already so began looking at new shells and how to repair the car safely. This is when I met the infamous Danny Allen and Grant Tatum, (‘Bob’), at Dubz-by-Dan. They supported me a lot with the car quotes telling me what options I had remaining and what was the most sensible thing to do. In the end, we decided that it wasn’t worth the repair and scrapped the vehicle after stripping all of the good bits. Due to GolfMk2Ownersclub, nearly all of the bits were easily sold and went to good projects for a fair price. The only thing that I didn’t sell was my number plate: G889JET due to sentimental value and retained it from the car.

The revenue generated from all the bits I sold plus the payout from insurance meant that I was in the market from a replacement car. After weeks and weeks of trawling through forums and classified adverts, I couldn’t find a single non-GTi which could take the place of ‘JET’ because they were either too expensive or not clean enough. One day, I was graced with 2 cars in my inbox my friends on the Mk2 Forums, One being an original 1989 1.6 Driver in Tornado Red on ‘Pre-loved ‘but with a lacking description and very vague, blurry picture and the other being a heavily modified, very low, Golf CL on eBay. I immediately requested to see both cars and within a couple of weeks I had lost contact with the Tornado Red owner due to losing his number and himself removing the advert. I went to see the modified Mk2 and was very disappointed. He described the car as ‘mint’, it looked like it had a front end accident, the paint was flat and rattle-canned in places, it was rusty and he openly said ‘How much is a mint one worth then? 10k?’ We left soon after but by chance received a call from the guy who I had lost contact with; he was only 20 minutes away so we had a look.

When we got there, we saw it was an elderly couple and as soon the car come out the garage, my face lit up and I knew there and then that it had to be mine; it was MINT! It even had the original Panasonic tape cassette in it. £850 lighter we took it home and it didn’t miss a beat! The weber 32/34dtml pulled lovely and stopped just as great with the GTi disc brake upgrade the last owner had done.

A while after that I passed my test and added my own spin to the car by giving it NOS Wolfsburg Indicator blanks (a gift from Danny), Fischer cassette holder, Golfball gear knob,G60 steel wheels, lay-flat wiper mod ,coils from the last car and finally transferred the plate over. Finally it got treated to a good clay bar and wax; being my daily and Last year I took it MK2 Golf Owners Club National Meet and Received ‘Best Mk2- Non-GTi’ Award which was brilliant and a real confidence boost!

For the future, the car will stay OEM+ with keeping it mainly original and ticking more of the rare optional extras such as cruise control and air-con and also possibly a Westmoreland Front and some Chevy Astro-Van alloy wheels going on. I hope this is a long-term project for me and my friends and family to enjoy. 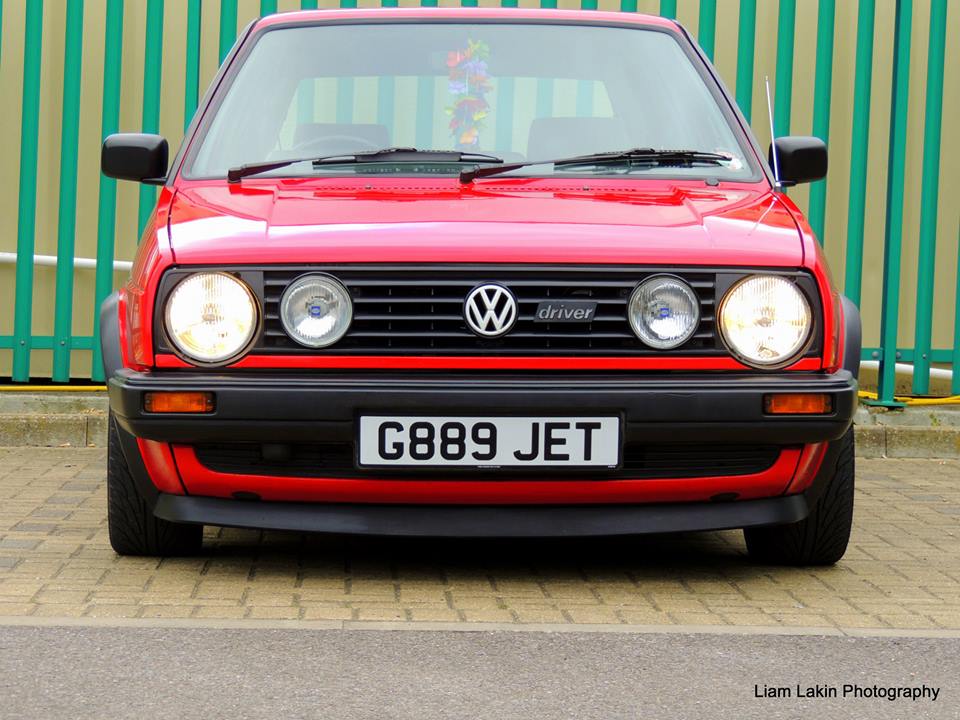 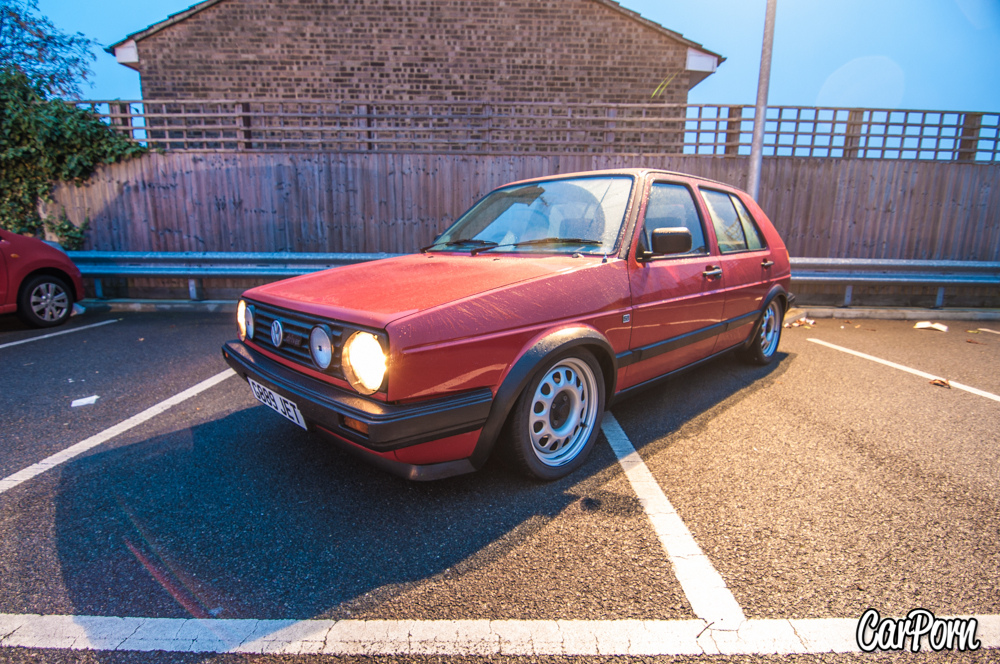 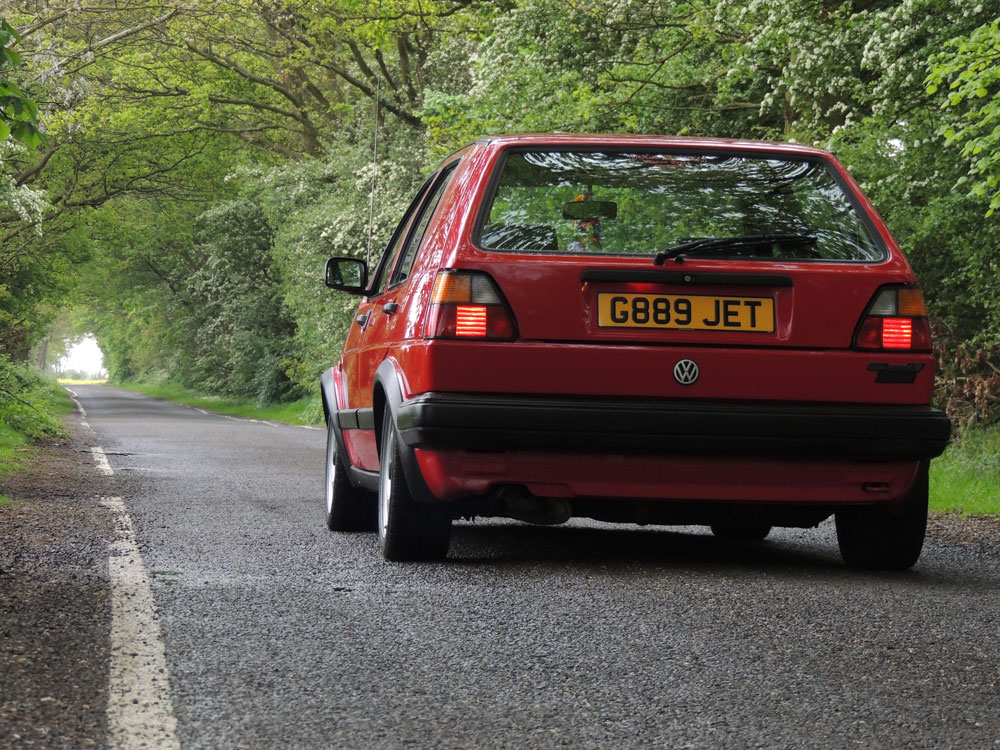 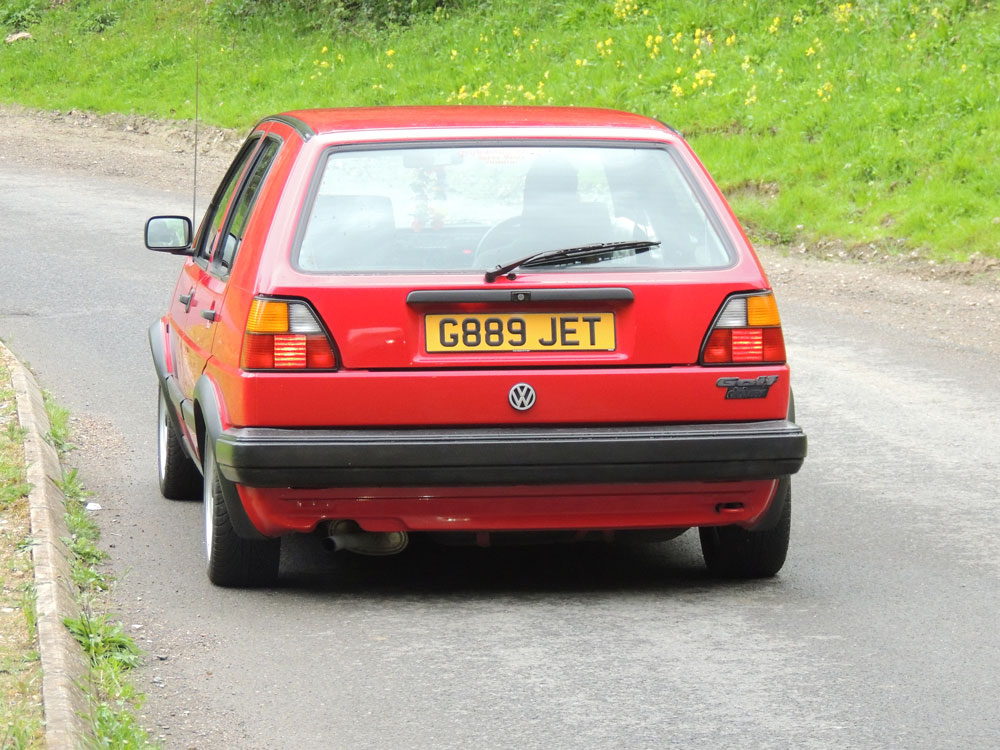 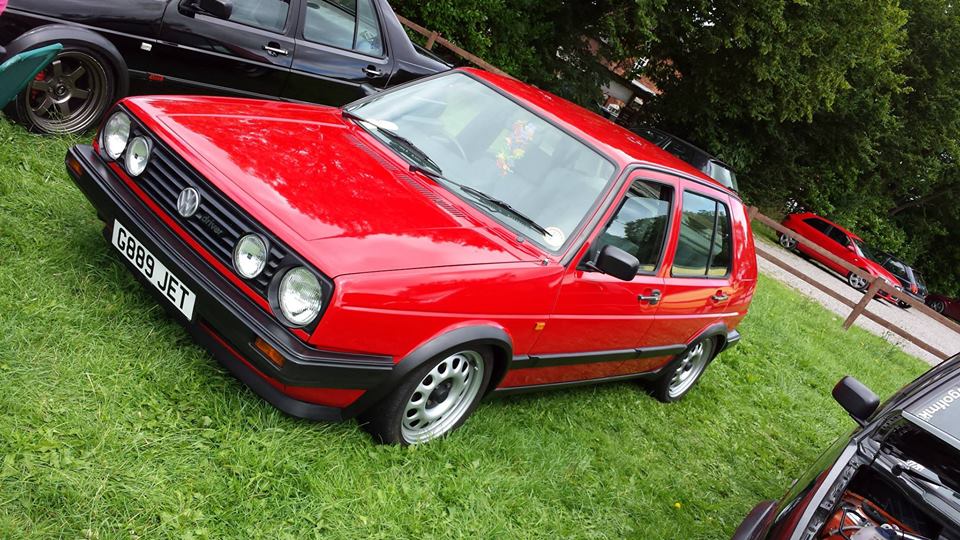