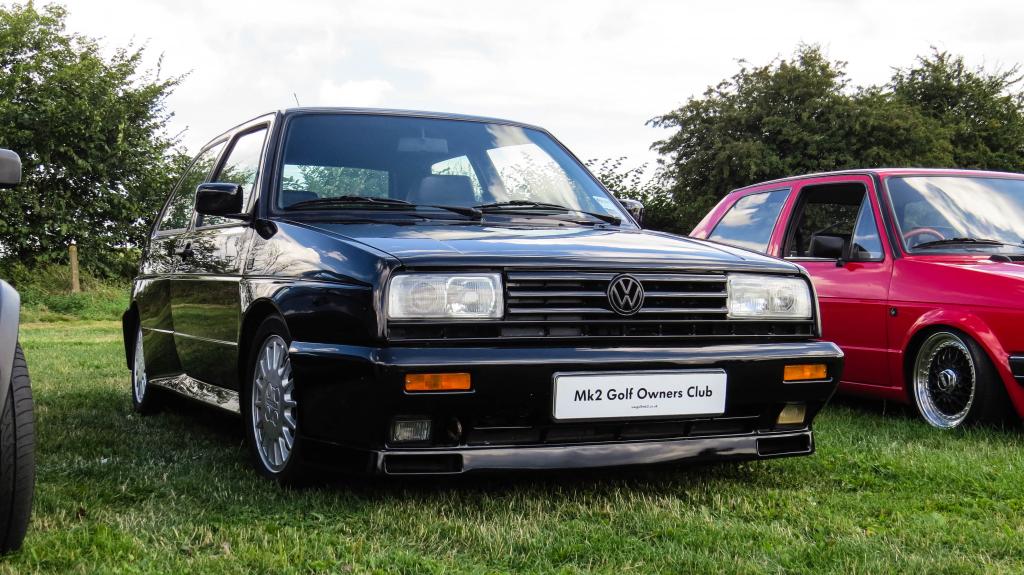 My name is Chris Teague (Oakgreen16V) and proud member of the MK2 Golf OC. VWs are in my blood – I grew up reading VW Motoring from a young age and have fond memories of my dad’s old MK1 Jetta and my mum’s MK2 Scirocco GTX, but for me the Golf was always an obsession.

You may wonder why such a username, but in the early days of the club I was a proud owner of a J plate oak green 16V, which I owned for 5 years. Ok, my love of MK2 Golfs started well before the inception of the club, in fact way back in 1993 I bought my first MK2 Golf, a 1984/A 1600cc GL in Stratos blue. However, I always aspired to owning a GTI model. Back then the G60 and Rallye models were considered very exotic. So fast forward to 2007, and a conversation between myself and 2 admin, Hilf and EditiononeG60 went along these lines of, “These Rallyes look very cool, I want to own one.” Back then the Rallyes were much more readily available and they had hit a low pricewise. Many people considered the G-lader models risky along with the syncro and sadly many were junked in favour of 20VT engines. Back then you could pick up a good standard example for less than £3k. Well it just didn’t happen, Hilf was having issues restoring his; it wasn’t going so well and Chris talked me into the joys of G60 ownership. So a genuine oak green g60 followed and then after that another g60 in the way of a 20VT conversion. Prices of the Rallyes had started to climb, many were being bought up and returned to Germany and the idea of owning a Rallye had sadly gone.

Annual meet 2013; so I’m in a Lupo GTI, no MK2 and I’m at the MK2 meet. Proceedings had just about finished and through the gates a black Rallye rolls in. Ok, needs a bit of resto, but it’s standard looking apart from the 17 inch BBS RC alloys and look at those rare Rallye electric Recaros! Not only that she has a standard charger, factory fitted electric mirrors and windows, nice. The guy tells me it’s for sale, price seems very reasonable, so I take his number. A few weeks later the Lupo is sold and I’m the proud owner of black Rallye 🙂

Now plans are a foot to restore back to OEM. BBS wheels off and a set of original Sebring wheels are purchased off lukeybabes. Original rear badge and side badges are sourced and this thing is starting to take shape. Unfortunately the old girl had the obligatory sill rot, bonnet was very faded and under the windows the same. Now I’m telling myself I’ve got to get her done for next years annual meet. Now the serious work starts and off she goes to Shane’s bodyshop (Colour Concept) all the way to Selby Yorkshire. A short time later and she is totally transformed, sills repaired and a full respray. To think that she was turned around in a matter of 12 months is quite exceptional and a proud achievement to say the least. She was entered for best G60 /Rallye and came second by just 7 votes.

The future, well I’m hoping she will be indoors on our club display at Ultimate Dubs in March, so come along and say hi. I hope to show her at most of the major shows next year and as Rallyes are getting increasingly rare, I’m glad she is a part of our club.

If you want to visit my member’s rides thread and see for yourself how she progressed, please click on the link below and thank you very much for taking time to read this…