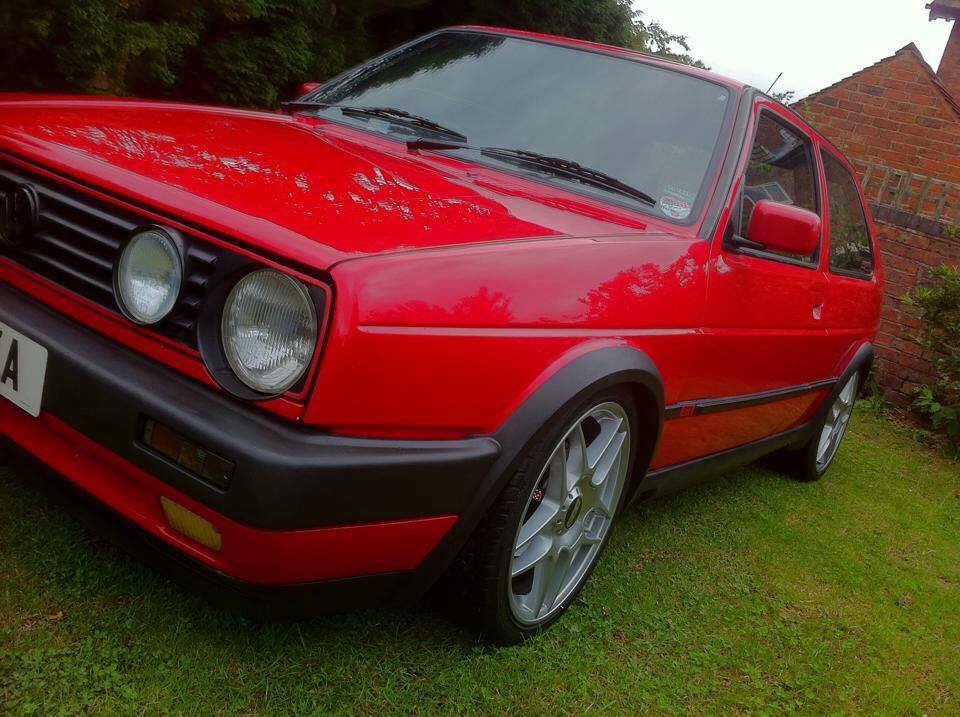 Here’s my 92 plate 1.8 16v Turbo Technics! I bought it 8 years ago, my second mk2 that I bought with the money left over after I had to sell my Scooby when my wife became ill and money was tight. Originally a 90 spec 16v that was clean looked straight and little rust. £850 from Edinburgh and I drove the 450 miles home in it with no stereo and no working speedo! Once I got it home and I checked over it needed about £400 spending on it ASAP; Power steering was leaking out the rack, it needed bushes and a good service. Then I drove it for about three years just upgrading bits as they failed, like tyres, brakes etc.

After six hours of cleaning and prepping it. It came up mint! Then one day the wife and I got great new of a baby on the way! I thought we needed a newer bigger car to run around in so into storage went the mk2. A Skoda VRs estate came to replace it. I never thought 5 years would pass before I’d drive it again. But I sent it to have the bay tidied up and found terminal rust in the chassis leg. One new one and five panels later I then thought “the hell with it I’ll get the car painted too” so away to the painters it went. The a stoke of luck. I stumbled upon a full 16v turbo technics engine and gearbox and management system for £700!

I treated other bits to a clean paint and colour coding whilst it was away and upgraded the brakes to g60 and Audi s2 set up, plus I got some second hand coilies for £100. I powder coated those too, black and red to match the car. I also deleted lots of things from the car and added OEM upgrades, but I wanted to do it like it would of been done in the 90’s.
All that’s left now is to get some mint 90 spec plastics for the sills and arches, but not rubbing strips… Oh and to take it to stealth for a tune and rolling road set up with Windows 94!

I’ve also got mk3 colour concept seats and another rainbow trim to cover them in.
Finally, I want to do some serious miles in it and get a private plate F16 VTT I think. It was great to drive it again and see people give it the double look! My Audi A4 estate doesn’t really get that!