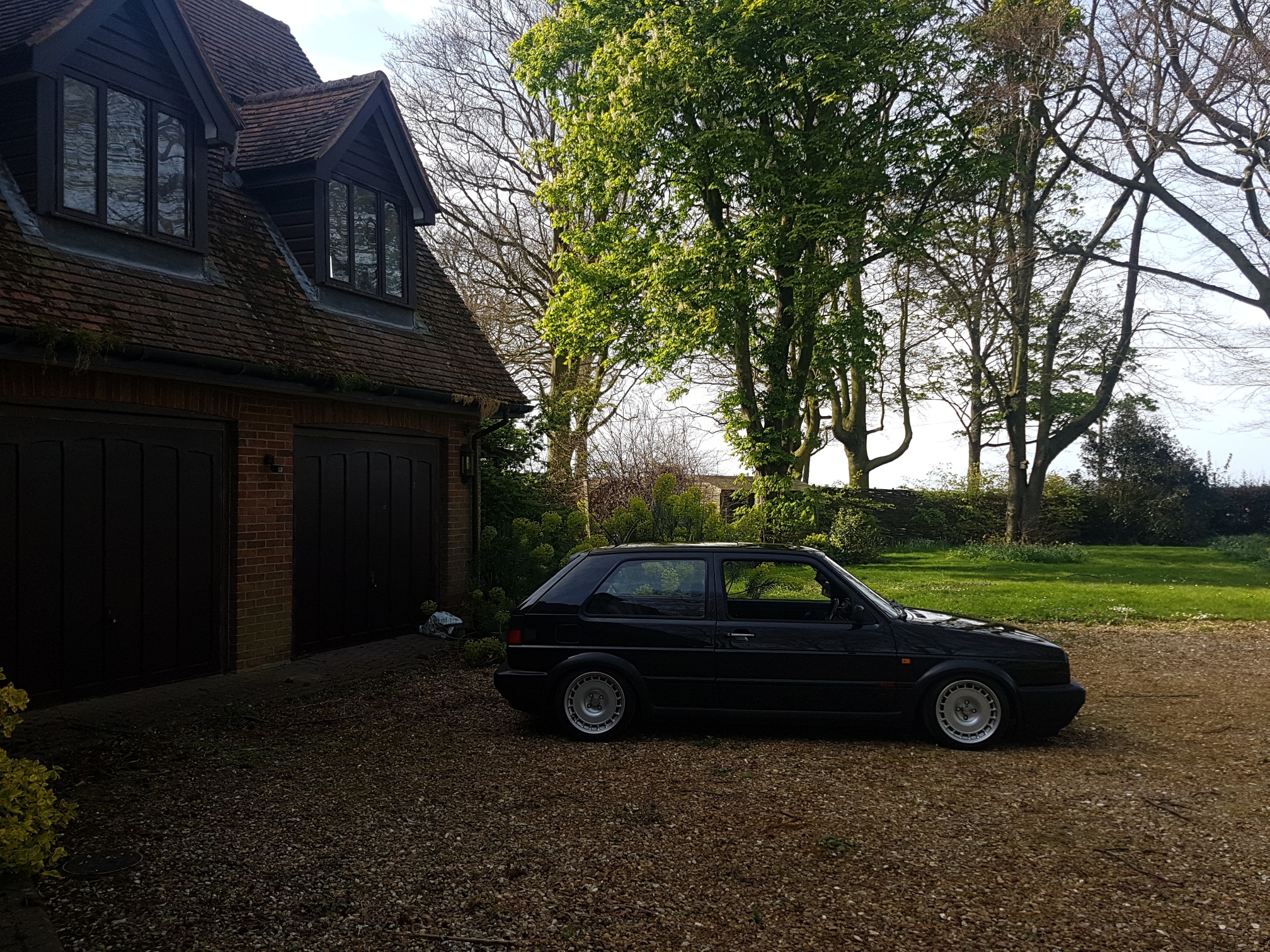 Posted on 2 Jun 2017 by 8v_chris Posted in Car of the Month 2017Tagged 16v, 3 Door, ABF, G60
Hi, my name is Jack Fox, 20, from Norfolk, UK
Always wanted a Mk2 growing so had my heart set on owning a big bumper GTI for my first car but as you can imagine prices for insurance i was getting were very high in the £5000 a year range but i decided i would rather pay a bit more for a car i wanted. So i went out and found a 3door 16v local to me in Norfolk and bought it. The car ended up sitting on my drive for a long wile as lost interest a bit as after working out the running cost for me it was a lot.
But after a lot of phone calls to insurance companys i managed to get insured on a abf converted gti on a classic policy for not much more than you pay for a 1.2 clio for a first car so it was a no brainer having a gti.
The car came pretty much with all the stuff i wanted
Coilovers exhaust clean standard intera and a good solid body.
The mk2 started out a 1.8 8v then was converted to a 2.0 16v abf lump from a mk3 gti by last owner
Car has few subtle bit such as stanless exhaust system
G60 280mm front brakes and rear mk4 golf caliper setup witch works well. Also has hydro clutch setup with 20vt shift tower a cable shift seams to work well and really enjoy driving the car.
Stuff ive done is fair bit of genral matinence, servise items
Compomotive th mono 15×8 alloys give the car the classic retro look i love & gets a lot of comments on these.
And bit of tune up runs pretty good and pulls verry well for what it is.
Stuff i want to do
Paint is top of my list altho it looks good in the pictures it has its rough spots but some of its 27 year old metallic black so is to be aspected and with a spare hour and some auto-finesse goodness car looks great and gets fair bit of attention on the roads. After that will be some custom split rims & the usual air ride apart from that i like the standard retro look off a Mk2 exterior.
Really enjoy the 16v but the want for turbo is massive so after summers out the way and im back on my feet with money i will be putting a 225 bam 20 vt engine in hoping for the car to be 250bhp++ around Christmas time.