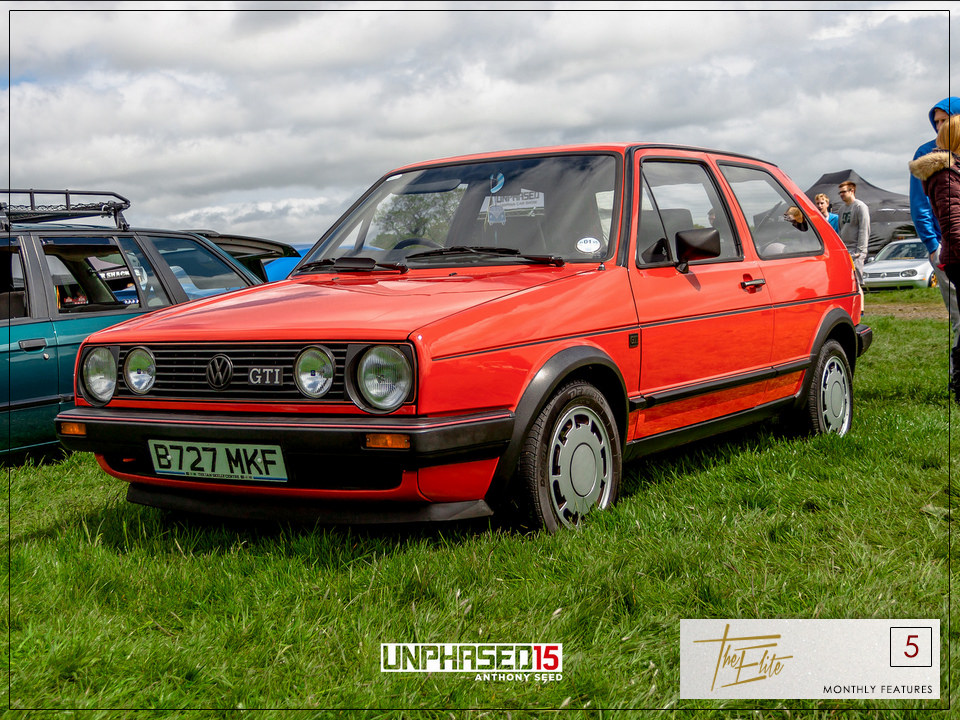 Here is my 1985 Mk2 8v GTI presented in 100% original specification/condition.

I’ve owned the car since September 2009 and I bought it off a collector of VW’s up in Newcastle. He was the second owner, and his next door neighbour was it’s original owner, so I’m the third – however I’m assured the guy I bought it off had it in his garage for 5 years and never drove it.

I used it as a daily for 2 years until I decided I needed something a little more modern for the daily commute, and this went into a barn. It stayed there for a year until I decided to do something with it. Although there was no rot on it, I decided to get it completely stripped to a shell and get a professional respray as the paint had been polished so much the car looked orange on a sunny day! Other than that, every other part on the car was overhauled or replaced leaving the example you see here. All parts genuine where possible. The car is original down to the tape deck.

Future Plans are to get the P slots refurbed as they don’t match the standards of the rest of the car, and to fit a new genuine subframe as mine is a little crusty underneath. Also need to replace headliner and drivers seat base. Also to keep enjoying it like VW intended.