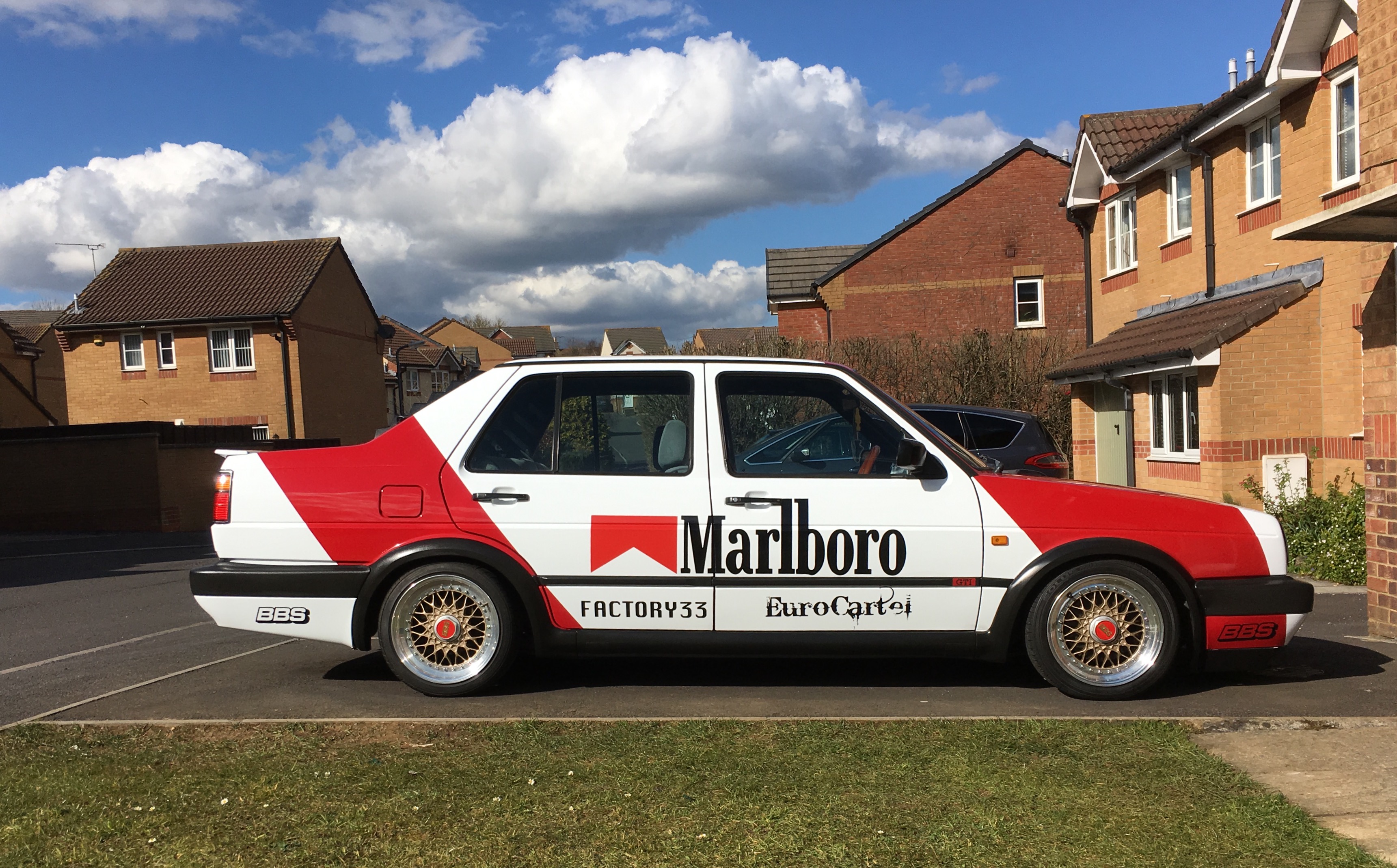 I purchased the Jetta nearly 3 years ago from a friend after my car at the time (57 plate Audi A4 avant) kept letting me down.

I sold the Audi and needed to find two cars, a  nice reliable wagon for the wife and kids and a daily for me to get to work.

I spent most of the budget on a family wagon for the boss and then I was left with a small budget for my daily. I chose to go for something old-school again and a Mk2 GTI was my original plan.

After a few weeks of searching I couldn’t find one I liked in my price range and then a friend said he was considering selling his clean Jetta GTI. Few weeks of negotiation a test drive or two and the deal was done.

The car is straight and was tidy from the get go but I wanted to put my own stamp on it whilst also restoring it to as near OEM as possible. The car was already lowered when I bought it so thats stayed as is but I swapped out the Lenso BSX for some genuine BBS RS.

I’ve completed a massive list of work on the Jetta, most of it smallish ticket items with some big items like a fully rebuilt engine and box including engine swap thrown in too.

With the major mechanicals sorted next up will be paint but whilst I save for my full respray I decided to hide some of the tornado pink temporarily and have some fun at the same time by having this wrap applied. I’ve added some rare 80’s styling plastic such as the metalplas bonnet vent and autoplas rear window louvre and thats the short version of my nearly 3 year journey.

Lots of work completed, lots still to go but the main thing is she still puts a smile on my face every time I get in the drivers seat, thank god my Audi avant broke down so much or I may never have come across my baby, my Mk2 Jetta GTI.