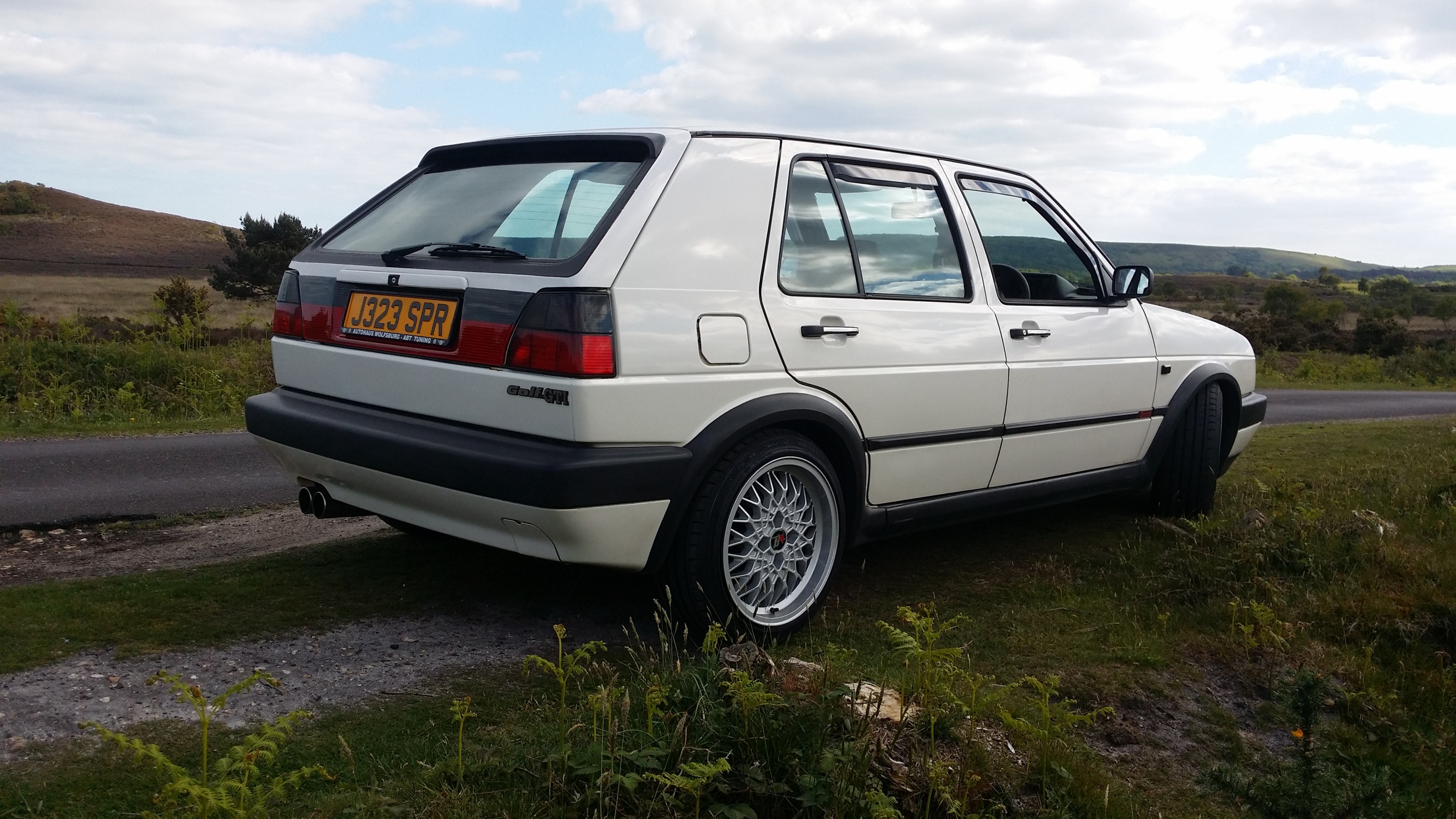 My name is Sam I’m 20 years old and I live down in sunny Dorset!

I got into VW’s from my old man, he had a T4 throughout my childhood and always went to shows and meets and got hooked on old V-Dubs.

Once I started my new job I found that a few colleagues are also VW fanatics – older but useful chaps.

Since passing my test (18 months ago) I’ve owned 3 mk2’s all for various reasons, now I’m left with this one.

I bought my car from a colleagues daughter who never used the motor. So I offered to buy it to give it some love and attention and get it moving!

I bought the car in 21st December 2014 great Christmas present to myself! completely standard, it hadn’t ever been touched by anyone so a real nice straight car. It had 166k on the clock and tonnes of service history. Original paintwork, even though I’ve now smoothed the rear badge…

The whole car is very clean and the interior is mint, that was the reason for buying it. All original rainbow trim with no wear, all clips, screws and plastics in great condition, Uncracked door speaker pods and perfect carpets.

Future plans is to tidy the engine bay, strip down and paint. Re tape the loom and cable tidy slightly. I have a G60 Rocker cover and a few OEM+ parts to install. New wheels are on the cards too, and hopefully be ready for next year!

I’m trying to keep it as clean as I can but its a mission being my daily driver, but hopefully she’ll reward me in the long run.