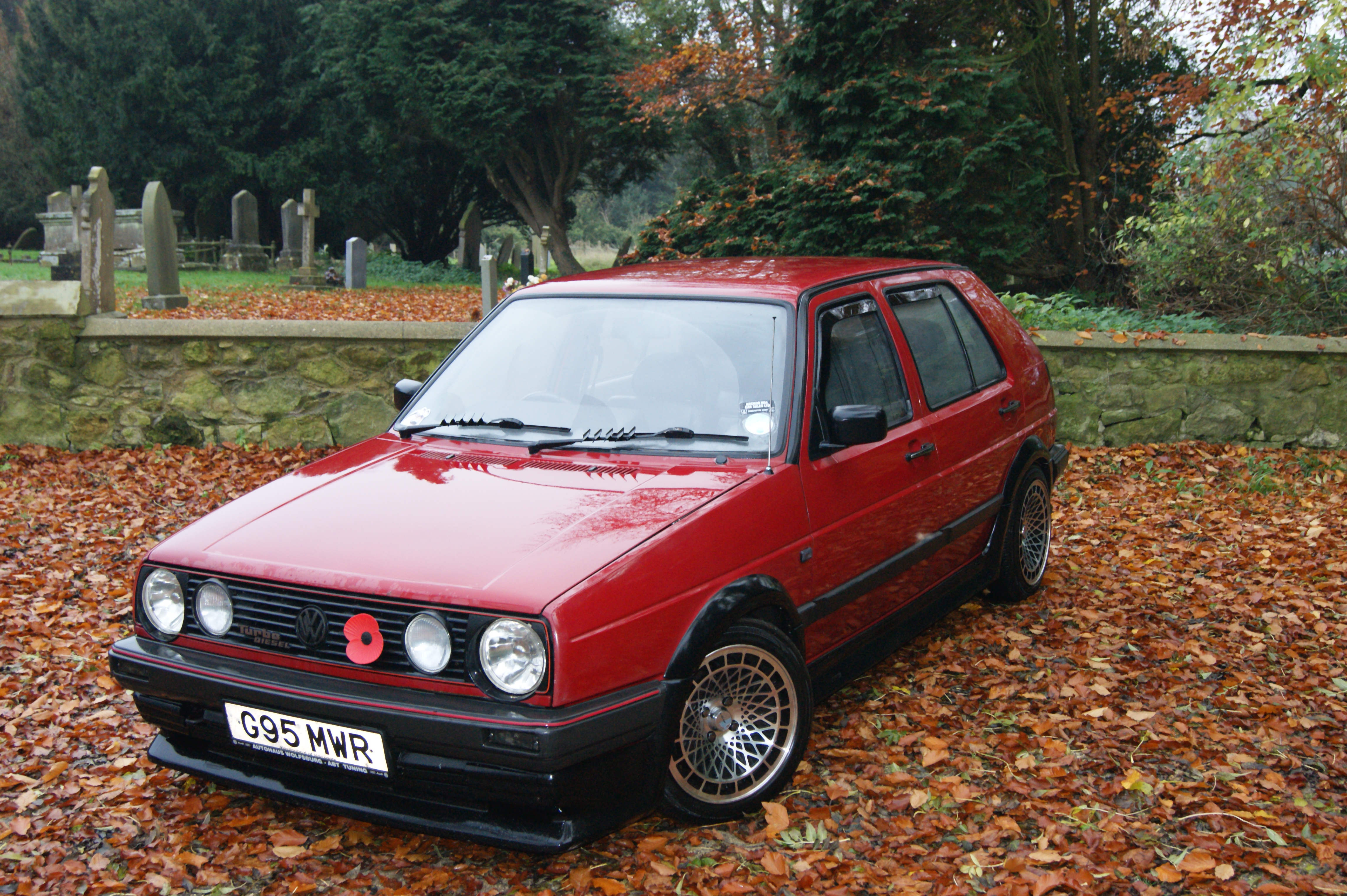 My first car was a 1.6 driver which I still own 7 years later and have no plans to sell … ever.

My current daily driver is my mk2 Golf TD which I got in July 2014.

I bought it mostly by chance since I happened to stumble across it online and made the owner an offer, and to my surprise he accepted so I went and collected it the same day.

When i bought it it was a very basic and unloved 90`s spec car.

As soon as I got it home I gave it a full service including a new thermostat and glow plugs.

The engine is still completely standard and still has the factory locking collar on the fuel pump so I’m confident in saying its never had the fuelling turned up.

Since i have had the car i have done a lot of bits to it.

First thing was a lot of polishing to bring it back to red as it was pink/white when i got it.

I have also built a 12″ subwoofer box that fits into the side of the boot and sounds great and looks nice in the boot without taking up much space.

My current plans are to keep the 1980`s feel of the car but add a few bits to it.

I have a full 4 door electric window set, a complete central locking set, black GTI carpets and door cards which will get rid of the grey ones I have now.

I’m always looking for unusual or retro modifications as I like having something a bit different.

The engine is going to stay standard as I don’t want to ruin it and its my daily car so I don’t need it to be faster.

I am also considering respraying it as im not still happy with the paintwork.

I also need to clean the engine bay up a bit and repaint a few bits back to factory colours.

I will be putting a lot more mileage on it and don’t currently have any plans to sell it as its been one of the best cars I’ve ever had.