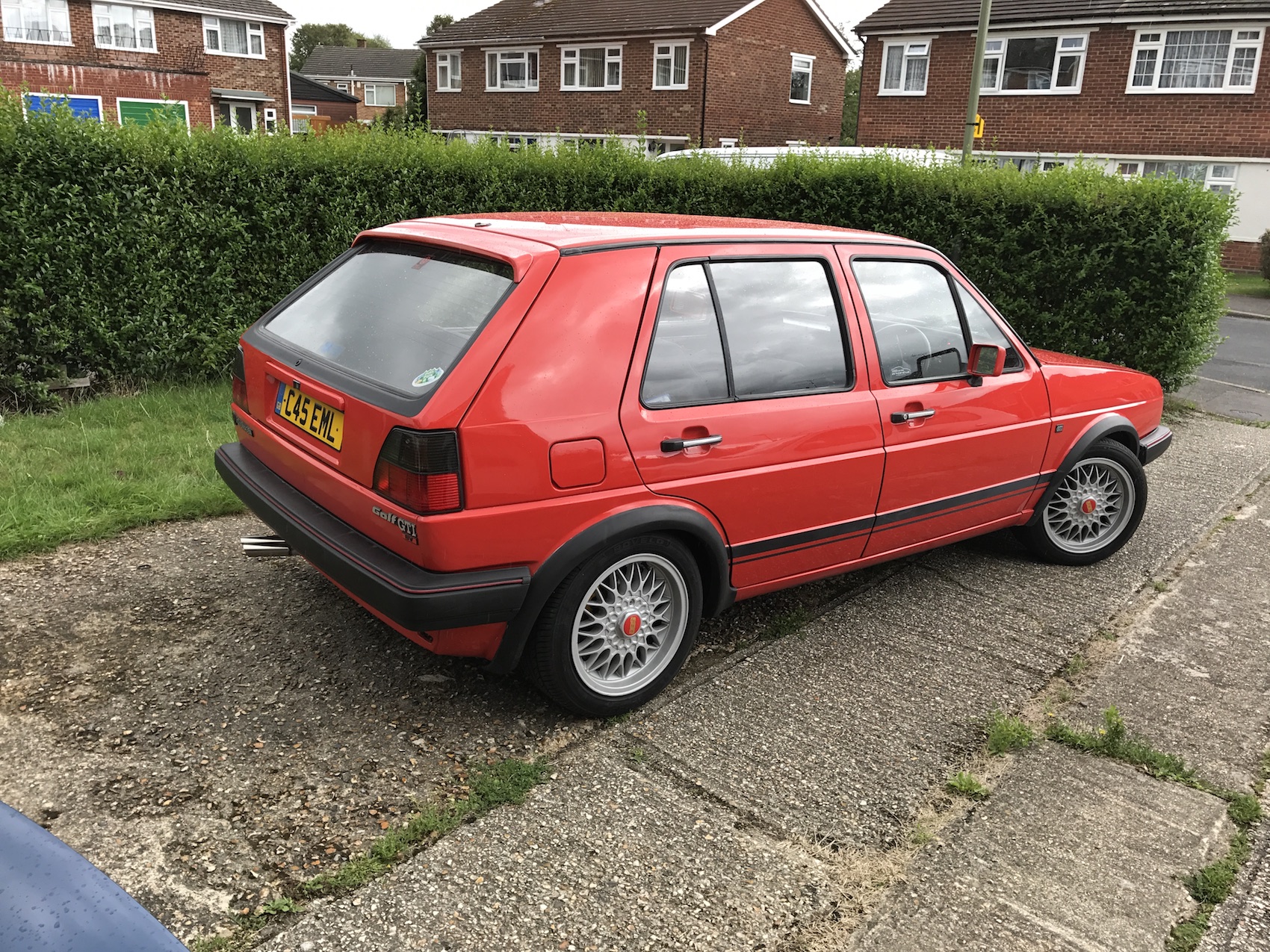 My name is Leigh I’m 29 and this is my 4th Mk2 GTI, my day job is working in the Army/REME on Aircraft

I bought the golf a year ago for £1000 from a guy on Warminster, it’s a k-jet 8 v and it had a lot of issues and was sold as a non runner but upon inspection the body was good as was the paint.

It was overheating and cutting out when I bought it so I went straight for the head gasket change as tried all the usual before hand.

With the head off all the water ways were blocked with k seal as was the heater matrix.

Replaced the gasket and moved onto the cutting out issue which was fuel related and being kjet had me stumped for a while as the previous owner fitted all new fuel pumps and ignition system.

Turned out he had fitted the lift pump poorly as the strainer would bottom out in the tank struggling to pick up fuel.

So now I had the car running sweet but the steering was terrible and stiff as the p/o fitted the top mounts upside down.

Next was to get the car looking more original so I put it back on small bumpers with some mim bbs type wheels, sorted the interior with vdo gauges and an upholstered arm rest

Ran the car for a few months then the lack of power tempted me to tune it.

I got a donor car off my bro which was previously mine but he left it rot for years as couldn’t afford the insurance.

It had a lot of goodies on it so it got robbed for:

It’s now putting out 167 bhp and is a pleasure to drive.