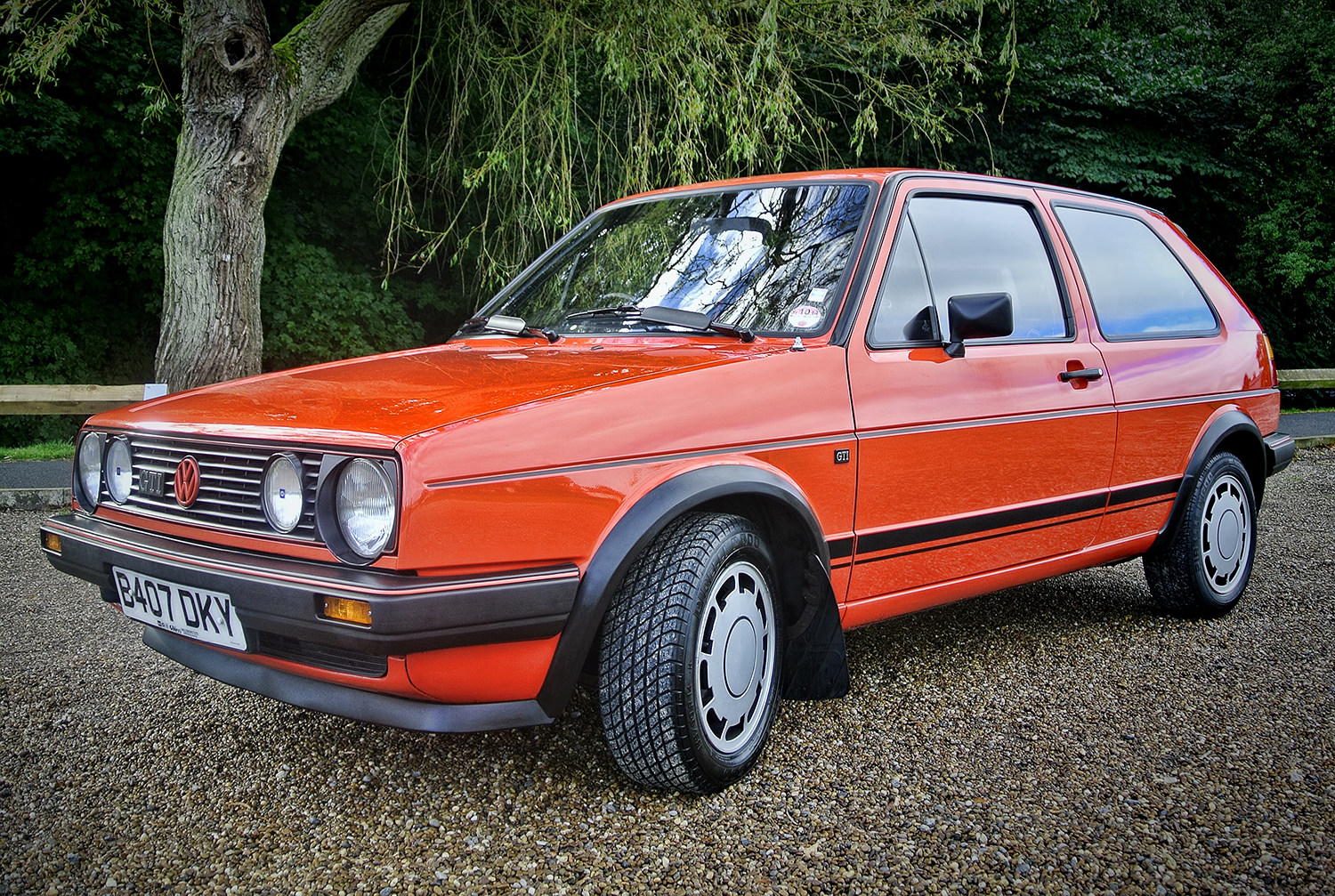 About Me
I am 52 and live in Sheffield. I work as a designer in an advertising agency.
Cars have always been my passion and I have owned quite a few old cars over the years.
These have included several MGBs, BMWs, VWs, Audis, an Austin-Healey and even a Morris Traveller (it did have 100BHP!).
I enjoy going to car shows and would like to take my GTI to Le Mans next year.
My other hobbies are classic motor racing, coarse fishing and photography.

I had been looking for a modern classic for about 6 months when I spotted my latest Golf on a classic car website. Although I was originally looking for another late MK2 with PAS, the car was local and you don’t see many one-owner MK2s so I decided to go and see it as soon as I could. I managed to view the car after a few days because the house where it was kept was empty as the owner had passed away.

When the car was finally driven out of the garage into the light I was bowled over by how fresh it looked. The paint hadn’t faded and even the window rubbers looked like new. It looked like it was 3 years old, not nearly 30! It had obviously been garaged from new and carefully stored.

I knew I had to have it. Protracted negotiations ensued and I thought I wasn’t going to get it for a while as a couple of dealers were interested but eventually the family decided I was going to give the car a good home and accepted my offer.

The original owner had fitted seat covers from new and these have been removed to reveal the original seats in great condition, although the driver’s seat was grubby after almost 30 years of use. I have recently had the seats professionally cleaned and I am pleased with the results. The carpets are pristine, protected by rubber mats from new and the boot area is in the same condition. The space saver spare and tools are unused. Even the tax disc holder is the original.

The car’s service history is very detailed, with every document including original order form, delivery checklist, dealer brochure, salesman’s business card etc. It has every tax disc and MoT certificate, all of which were carried out by the supplying dealer – Gilders of Hillsboro’, Sheffield. There is also a hand-written spreadsheet detailing every tank of fuel put in the car from 30 miles to 106,000, which includes the amount of fuel added and average MPG achieved – all to 3 decimal places. The late owner was a scientist and I guess he liked to record everything in minute detail.

The car was used daily for around 7 years after which it became a second car, used occasionally in fine weather. During the last 6 years up to the owner’s death it covered very few miles, sometimes just 20 miles between MoTs, but it was always taxed and tested.

At some stage the owner painted the VW grille badge red and added red stripes to the original plain bumpers. The exhaust has a later twin pipe rear silencer fitted. When I bought the car the original GTI grille badge was missing, presumed lost or stolen. I recently managed to source the actual badge that came off the car via Ebay, which I still can’t quite believe actually happened!

Since buying the car I have overhauled the gear lever spring and bushes, plus fitted a new reverse selector guard. I have also fitted a new VAG cam belt and tensioner as a precaution as the last change was in 1992.

The owner worked in the steel industry and the paint had suffered from metal dust contamination. I have had a couple of attempts at removing the particles with clay and still find small areas I have missed. The metal dust has left tiny marks in the paint that I intend to carefully remove by flatting and polishing but I need to check the paint depth first. The believe the paint is all original.

I am really enjoying the car and still chuckle when the yellow gear change indicator lights up as soon as I set off!
It receives a lot of positive attention and has won car of the show at a couple of local events due to its originality.

Future Plans
I intend to keep the car original and plan to return it to standard appearance regarding the bumpers and grille badge.
The list of jobs to do is thankfully not a huge one but includes: