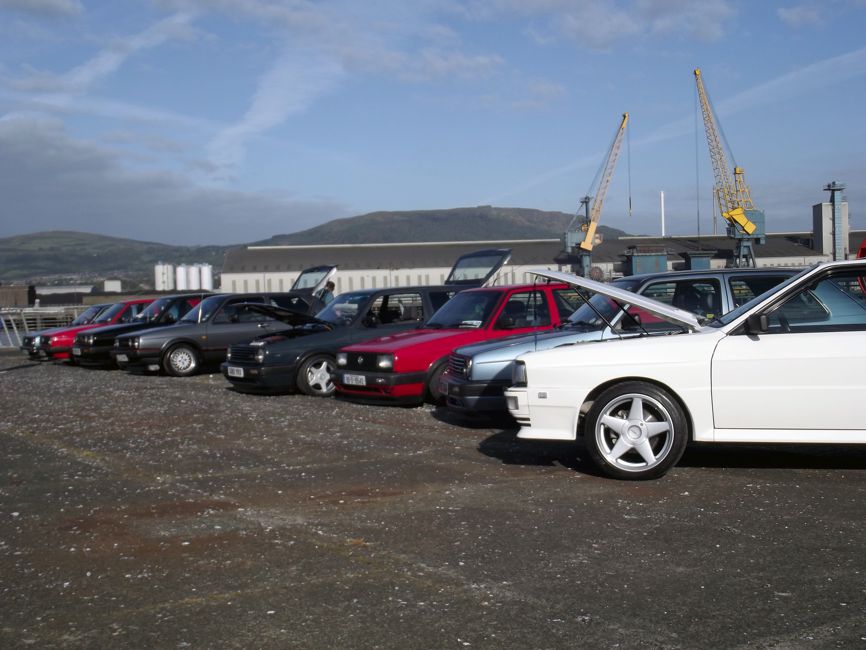 So, the 2014 show season comes to a close in Northern Ireland for another year and as always we joined 349 other VAG heads eager to show off their VWs in the Thompson Dry Dock in the Harland and Wolff ship yard.

I had a cunning plan that if I was one the first in I’d be close to the exit for a dirty dash come the end of the day but nothing ever works out that simply. Both myself in my GTI and my mate in his 1.6 D ended up at the very back with the majority of the Mk1s and Mk2s, away at the furthest end of the show! After parking up, the usual quick rub down ensued with the doors opening to the public at 1030.

The day delivered the usual chilled out atmosphere with a range of VWs pushing through the back catalogue and digging out some air cooled goodies including a splitty and bay window. As per usual, the vast majority were water cooled though, so the large crowd of Mk2s fitted in well.

The added scenery of the dry dock and the Titanic surroundings there was plenty to see, get a look through the photos to get a flavour of what a Northern Ireland VW show can offer!