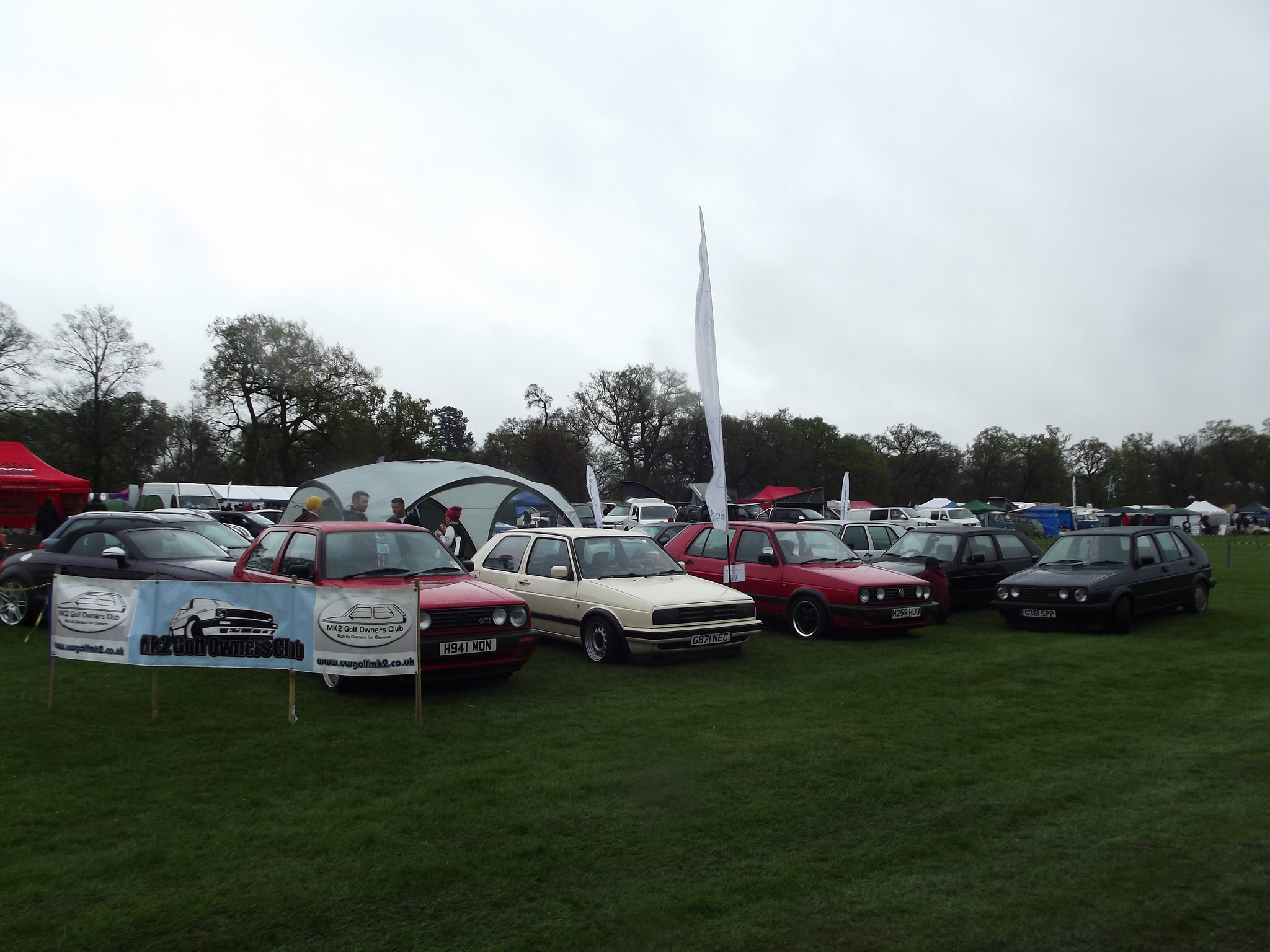 OK so the hours of cleaning the previous day could have been spent, erm drinking perhaps???? Should I stay or should I go (to quote a well-known song) I think. Hmmmmm “sod it I’ll go, Baz said it was a good ‘un last year and a bit of rain won’t hurt” so with family in tow I set off down the M6 for the 130 mile trip to Rugby (ish) where we were to meet at Maccie D’s. In an eventful drive (well skate) we eventually arrived at about ten past eight.  What a great turn out!! We as a club, yet again produced the goods with a great variety of the mark (with a couple of Audis from the brothers Grimm!!!)

We arrive and the Stand soon became full and the break in the clouds allowed us to do some much needed OCDing, if there’s such a word. As said earlier, the turnout was great a mix of GTi and non GTi Modified and standard, daily and Show car just what this club is all about. There was a lot of new interest too many a question asked and forum/paid member details passed on.

I didn’t expect what I saw to be honest, I was very pleasantly surprised with the size and level of cars there, predominantly air cooled but enough H2o there to make it a true VW show. Inarticulacy I loved the Karman Ghia stand as they celebrated 60 years since the first roll off the line, I’ve never seen so many of the beautiful cars in one place and probably never will again, of course the Golf MK2 owners club stand was my favourite!!! The weather turned nice (and hot to be fair) and the show developed into a cracker!

The auto jumble was large but again leant heavily towards the air cooled custom, food stands where a plenty and there was something for everyone, a little fairground for the kids and all set in the beautiful setting of Stanford hall.

All in all this was a show I probably would never have gone to due to distance but so glad I did, I will be there next year and for years to follow, great location, great cars and AWESOME people to share the interest with!!!