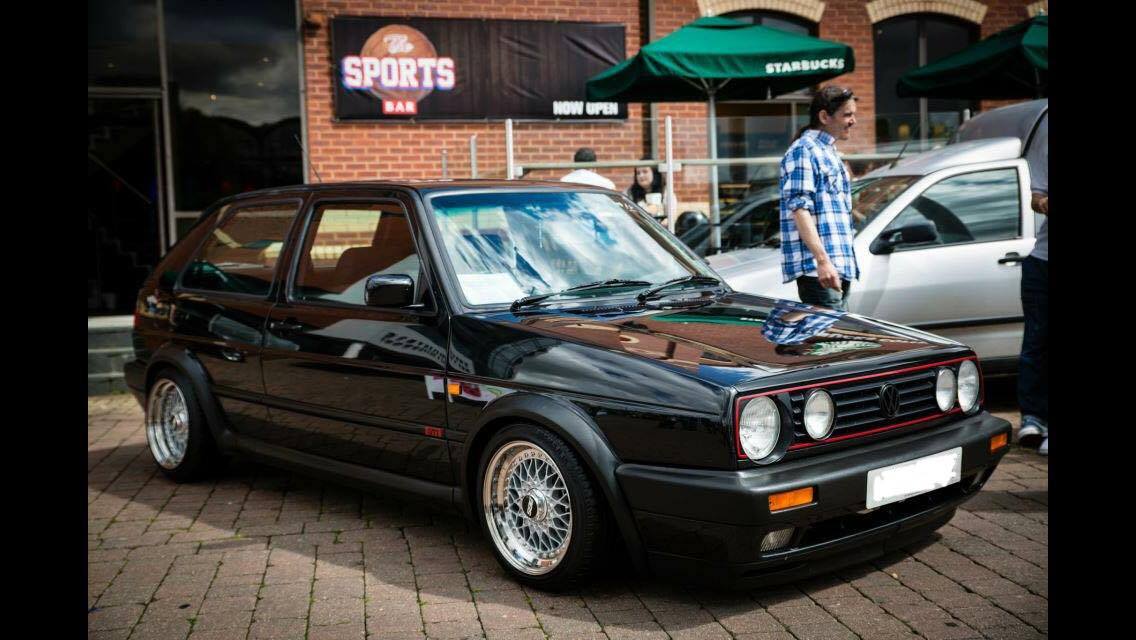 This car started life as a low mileage 1.8 driver automatic and converted by Ian to full g60 spec including engine, arches, brakes and interior back around 2007. The body work was given the full works which included flattening any ripples in the standard panels and the paint flattened for a flawless finish.

The car remained in that spec for a number of years mainly locked away with very little use. If fact one mot shows 1 mile since the year before. Since it’s original build the engine has been swapped to its current 1.8t agu engine running a ko3s and stage 2 Jabba remap and a full Jetex 2.5 stainless exhaust. The G60 transmission was also retained for the conversion.

The suspension was upgraded to a set of GAZ gold coilovers, a full Eibach anti roll bar kit fitted and the standard G60 Recaro were retrimmed by MJ Interiors to full rainbow 16v spec.

The BBS RS’s which were from my previous 2tlr 8v Mk2 were given the once over and colour changed from champagne gold centres to a more subtle look however the Radinox stainless dishes were retained for easy cleaning .

There is also a new grill, head lights and spots added along with orange side repeaters and indicators for a more OEM look. Thats all for now, but we’ll see what the future holds.